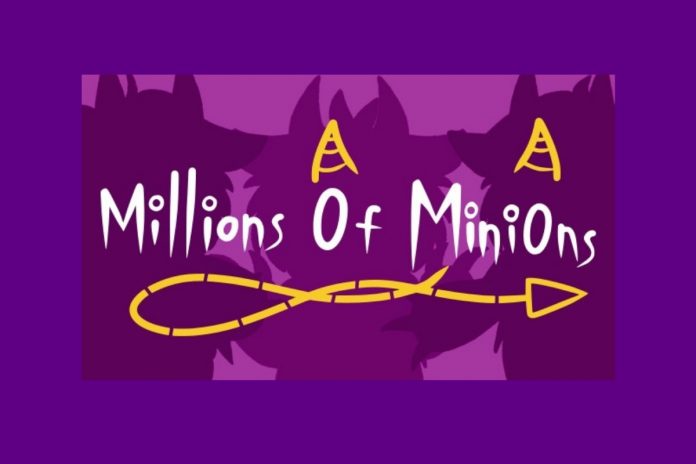 From the closet within the deepest, darkest, pit, emerges a game, wrapped in the leathery skin of unspeakable creatures. Millions of Minions is the first creation to be made by us, Head Tilt Games! A small game studio with members from around the world, being run by teenagers. Millions of Minions will be leaving Steam Early Access on December 20th.

To escape your ancient tomb, you must make your way through three areas, each differing from the last. All of which contain its own set of ferocious beasts and bosses and are made up of 4 procedurally generated dungeons. Armed with your minions, some small, but fierce creatures, whose only purpose is to do your bidding, you pave your way to the surface.

Millions of Minions is a top-down, dungeon-crawling, rogue-lite. But unlike many others in this genre, you do not use the primitive weapon that we call ‘firearms’. Instead you use a much more effective means of destruction: a minion. This minion is your projectile, it is your shield, it is your trap.

This game is not for the simple-minded. For it is ill-advised to run and gun. You must plan your attacks, use your minions wisely, or suffer the consequences. As Enoch, our artist, likes to put it: It’s like a mix between a dungeon-crawler and tower defense. – but don’t listen to him, he’s crazy! In fact, he’s got me at gunpoint- I mean, minion-point right now, forcing me to write this. Help.