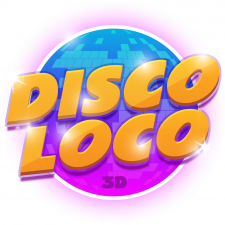 Disco Loco 3D is a single-player endless runner game where players collect their own dance moves while challenging friends and followers on the popular entertainment platform. In the game, players dance to the sounds of funk music through an increasingly challenging catwalk. Players must avoid obstacles such as speakers while aiming to collect the most medallions before reaching the end of the catwalk. Players can also boogie down in “Fever Mode” where they can use their dance moves to swipe away at objects approaching them.

“We see a tremendous opportunity to reach new audiences across the globe through TikTok’s massive and unparalleled user base. We are thrilled to announce Disco Loco 3D as the first HTML5 title to debut on their platform from an official game studio partner,” said Bernard Kim, President of Publishing at Zynga. “Zynga has a rich history of creating games that utilize platforms’ unique user experiences to bring fresh and fun concepts that resonate with players wherever and whenever they get their entertainment.”