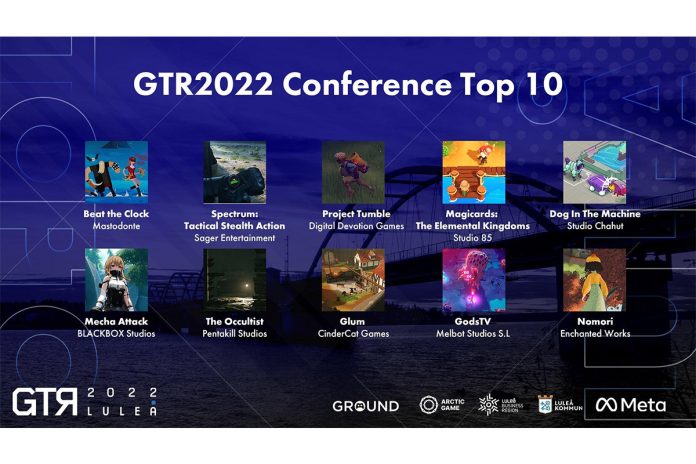 Video game accelerator program Global Top Round (GTR), has announced its winners for the 2022 accelerator program. In partnership with the government of Lulea, Sweden, the annual conference brought together studios, publishers, investors, and influencers from throughout the gaming industry to network at one event. At the end of this conference, GTR selected 10 of the most promising studios to be inducted into its annual accelerator program.

The winning studios and their respective games include:

The ten studios are eligible for grant funding starting at $40,000, with the potential to receive a follow-up investment of $60,000 as well as further fund-raising led by Global Top Round. Additionally, GTR will support the titles by advising on their game development and introducing them to the industry’s leading investors and publishers.

“This year’s studios really blew us away with their game-changing projects,” Pontus Mahler, Vice President of Business Development at Global Top Round. “We’re optimistic each of these titles have the chance to succeed and land major deals to help them scale their business.”