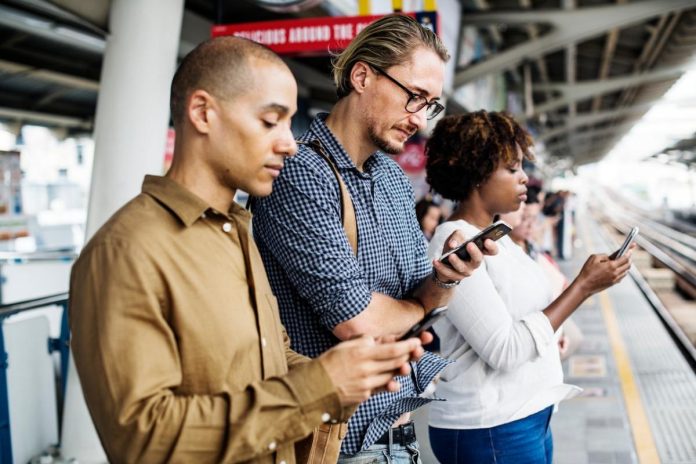 Yggdrasil and ReelPlay partners Hot Rise Games have combined once again to deliver a slot of gargantuan proportions in Hot Rise’s Gods VS GigaBlox™. The title sees worlds quake as mighty Gods battle for domination. Lucrative Free Spins and VERSUS bonuses combine with Yggdrasil’s iconic Game Engagement Mechanic (GEM), GigaBlox, to net players in excess of 10,000x their stake.

Napoleon Vs Rabbits is born of a partnership between Blue Guru and Relax Gaming’s Silver Bullet program. The game’s pixel art design pairs well with the playful theme, and the 7 x 7 cluster play grid adds to the game’s fantastic visual energy.

Spinomenal, the leading iGaming content provider, has announced the launch of its festive new game, Wild Santa 2. This Christmas themed slot game has a 5×4 reel design with 10 Pay Lines. Players can benefit from free spins, during which wild symbols will completely cover a randomly selected reel on each spin.

Relax Gaming, the igaming aggregator and supplier of unique content, is once again teaming up with Casino Grounds as everyone’s favourite rugged beasts take to the sea in fishing-themed release Net Gains. This high volatility slot is filled to the brim with lucrative bonus features that can see players win up to 15,000x their bet by way of mystery symbols, stacked wilds, coin collections and free spins.

Pragmatic Play, welcomes players on a quest to discover the riches that are hidden inside the safe in the newly released Reel Banks. Played across a 5×4 reel layout, the slot takes players into the heart of a bank with symbols depicting money, gold bars and lucky sevens, which need to form matching combinations across the title’s 25 paylines to award a win.

Greentube, is inviting players to join them on undoubtedly its sweetest game to-date, Star Candy. This high volatility 5-reel, 50 payline slot has vibrant graphics that are good enough to eat, and gameplay offering wins of up to 840x by way of stacked symbols and a potentially unlimited number of free spins during a bonus round that also boasts a progressive win multiplier.

Tiki Bonanza, the latest release from GAN’s Silverback Gaming, promises to whisk players away to a tropical beach, where lockable reels lead to potential big wins. With a unique take on locked reels, this 5×3 base slot allows players not only to lock any of the five reels after any spin, but to change their stakes before they spin again also, without losing their locks.

Nolimit City has made it out of the miserable alleyways of Rock Bottom in one piece. Now, they’re taking to the skies and revisiting one of history’s most influential moments. The provider is known to tread outside its comfort zone, releasing their first-ever cluster game, The Border in September. They’ve now upped the ante yet again as they smash the boundaries of what a cluster game can be with their latest release, Pearl Harbor.

This month, Swintt’s studio has been transformed into Santa’s workshop as the software provider’s talented team of elves prepare to roll another Christmas classic off the production line in Santa Pets – a brand-new cluster pays slot that’s bursting with festive features. Played out across an expanded 7×7 reel matrix, this jolly holiday slot boasts all the makings of a cozy Christmas at home with your favourite four-legged friends as players spin their way to maximum wins of up to 7,000x.

Wazdan, the innovative games provider, has launched the latest edition of its 9 Coins™ series with the luxurious 9 Coins™ Grand Gold Edition. Building off the popularity of the original, 9 Coins™ Grand Gold Edition sees an enhanced Grand Jackpot of 1,500x player’s bet available in its hugely popular Hold the Jackpot bonus round, which also benefits from the addition of the engagement-boosting Cash Infinity™ feature.

Wizard Games has put a twist on the usual Christmas festivities, with a very bad Santa running amok in Naughty Nik. The 5×4, 25 payline slot sees handcuffs, naughty lists, booze, and a bevvy of beauties fill the reels as players look to collect cash prizes through the Naughty Collect Feature. These cash values will be awarded if a Naughty Nik symbol lands on the reels.

NetEnt has launched its sweetest video slot this season, where Gumdrops and fluffy Cupcakes come together in a symphony of mouth-watering features boosted by Scatter Pays and signature Avalanche™ mechanics. When at least eight Gumdrops of the same color pop onto the reels, the Scatter Pays kick in for potentially delightful payouts.

Apparat Gaming, the developer of slots with a German accent, has taken a Nordic legend and turned it into a game that delivers untold riches to those that dare to enter the realm of Asgard. The Guardian God: Heimdall’s Horn sees players join Heimdall, the ever-vigilant defender of Asgard. He keeps watch at the gates, standing in front of the rainbow bridge that leads into the kingdom of the gods.

Stacked diamonds, dazzling wins and a brand-new “ways” mechanic can all be found in the latest shimmering slot to leave Stakelogic’s production line. Diamond Stacker Multipays promises to be more than just a girl’s best friend… Multipays is an innovative mechanic crafted by Stakelogic’s team of genius gameplay engineers.  It sees symbol combinations across win lines paid each time reels three, four and five stop, then it combines the three, four and five-of-a-kind wins together. Dazzling, or what?

Spinomenal, has stepped things up for the festive period with the release of its latest game, Reindeer Rampage! This new game will be a certified crowd pleaser over the Christmas holidays, whisking players’ imaginations away to frosted lakes and snowy mountains. Cheeky elves, dazzling Christmas trees, flying sleighs and majestic reindeers are just a selection of the seasonal graphics.

Kalamba Games has sprinkled a generous dose of seasonal joy on one of its most popular games from a much-loved franchise in its latest release Joker Max: Hit ‘n’ Roll Xmas Edition. The new slot includes the very high volatility that the series is known for, along with numerous tweaks and improvements such as the inclusion of the Hit ‘n’ Roll bonus wheel feature.

Pragmatic Play, a leading content provider to the iGaming industry, serves up spicy cluster wins in its new release Hot Pepper™. Set across a 7×7 grid, the title is filled with Mexican-inspired symbols including tacos, limes, piñatas and more, which must form a cluster of at least five adjacent symbols to award a win.

Yggdrasil and Bang Bang Games have partnered for a thrilling adventure in Rainbow Power Potz UltraNudge™. Currently decked out with a winter wonderland theme, this skin will thaw on the 1st of January to reveal a more traditional Irish theme! The 5×4, 40 payline game sees players look to land a leprechaun on the reels, as he acts as a Wild.

3 Oaks Gaming, has launched Hit more Gold!, integrating the highly popular Hold and Win mechanic into its gameplay with modern twists. The 5×4, 25 line slot appeals to a vast band of players as this classically themed title presents the opportunity to win plenty of prizes when the game’s main feature is unlocked. Three Scatter symbols can land on the reels, allowing players to capture eight Free Spins.

Blueprint Gaming’s latest slot release turns players into ‘playas’ in Ballin’, a game that demonstrates its versatility in game design. Sun-soaked boulevards and exclusive marinas provide the backdrop for the achingly cool and confident big cats that supply the symbols, along with big bling watches and jewellery across five reels in a 3x4x4x4x3 configuration.

3 Oaks Gaming soars through the jungle in search of big wins in new...

Inside The Pocket launches WonderWins brand in India, as the exclusive Daily Fantasy partner...