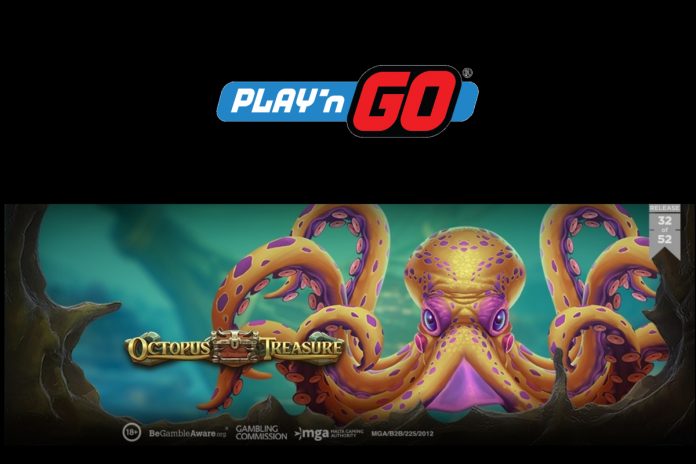 “Octopus Treasure is packed with great features to keep players entertained for longer, and that’s what they want.”

Play’n GO are putting another new title into the market this week, with the release of the fun, feature-filled slot Octopus Treasure.

Octopus Treasure gets its release on the back of an excellent week for the slot specialists. First with the hugely successful release of Golden Ticket 2, a sequel to the popular 2014 hit Golden Ticket, and then with their record third consecutive win at the 2020 Starlet Awards.

They were awarded Mobile Supplier of the Year for the third time running, and it looks to be some time before they will be seriously challenged as one of the world’s top suppliers.

With that in mind, Octopus Treasure looks set to be another triumph for Play’n GO with the game’s style and gameplay reminiscent of traditional land-based games, with plenty of appeal for fans of fast-paced, action-heavy titles.

Martin Zettergren, Chief Product Officer of Play’n GO shared his thoughts on the game, and their award win:

“It’s obviously great to be recognised with an award, especially for three years in a row! It shows we are continually creating engaging, high-quality content, and that’s our goal.

Octopus Treasure is another example of this. It’s packed with great features, is simple to play but has a lot going on to keep players entertained for longer, and that’s what they want.”

SKS365 LAUNCHES PLANETWIN365.NEWS: SPORT AND ENTERTAINMENT AT ALL LEVELS FOR THE FANS

All eyes on esports as COVID-19 wipes out sporting calendar

Playright is now a part of Qiiwi!