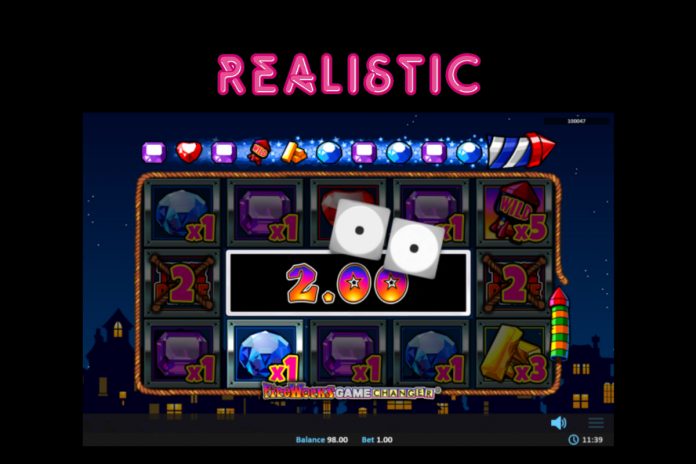 The new 5-reel slot combines the smash-hit Game Changer bonus round mechanic with the classic Realistic Fireworks theme to offer players the opportunity to win the top prize of 20,000x bet on over 2,500,000,000 different board game layouts.

Fireworks Game Changer also marks both the 4th title to feature the Game Changer mechanic, and the 4th release in the much-loved Fireworks series.

As with all Game Changer slots, the bonus round is triggered by boxed symbols landing around the edge of the reels to reveal a game board. Players then roll the random dice to move from square to square.

In this title, players land on either good squares to enhance their feature, bad squares which risk ending it or a cash prize. Players can also increase their win multiplier up to x10 by landing on the same symbol multiple times in a row.

The game is scheduled to go live for a two week exclusive period with the GVC group before being released to the rest of the network.

Robert Lee, Commercial Director of Realistic Games, said: “Fireworks has been a popular game since its release in 2017. Combining it with a brilliant bonus round that offers fantastic engagement and win potential should prove to be a perfect combination.

“The Game Changer series has been earning some great feedback from clients in recent months, and it has added some genuine pizzazz to the portfolio. With a sparkling top prize of 20,000x we can’t wait to see how it goes down with players.”

Macau Casino Operators to Set Up Venues for Covid-19 Testing

A gold-mining and gold-winning NEW slot from Endorphina