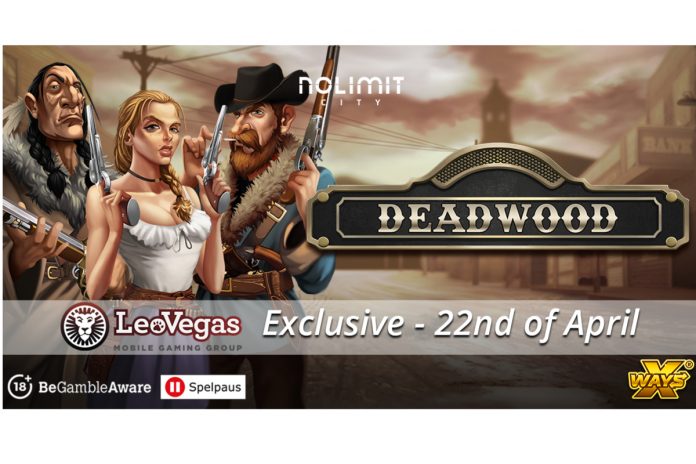 A year to date since the duo collaborated together on the iconic game release that introduced the world to the now infamous Tombstone, a game known for its harsh but rewarding gameplay, packed with unlimited potential that can knock the wind out of most seasoned of players. The two are joined together again in announcing the next mega timed-exclusive release, Deadwood. The un-official follow up to the hit title, Tombstone. The “King of Casino” challenges Nolimit once again to pistols at dawn.

Nolimit City will ride on the fame gained with nudging wilds and a western theme that has since gained player and streamer notoriety. Having since released a long list of recognizable titles, including smash hits, Punk Rocker xWays®, Barbarian Fury and Dragon Tribe amongst other, but none have quite held that air of unprecedented mind-blowing potential that Tombstone still offers to date.

Malcolm Mizzi, Head of Sales at Nolimit City, said: “Having merely just discussed this over an informal catchup with our trusted partner LeoVegas, this turned out to be a great one-year reunion following our very first timed exclusive hit release! Hoping that history will repeat itself again and Deadwood will please fans of the original western classic”.

Deadwood reintroduces the now instantly recognizable xNudge® mechanic with a familiar setup. This time increasing the reel set to a 3-4-4-4-3 combination and offering even more potential with a max theoretical win outcome of 13,950x. This time also offering players the choice between two different bonuses – choosing between more frequent nudging wilds and less volatility or sticky multiplier with every landed wild, met with huge possible reward.