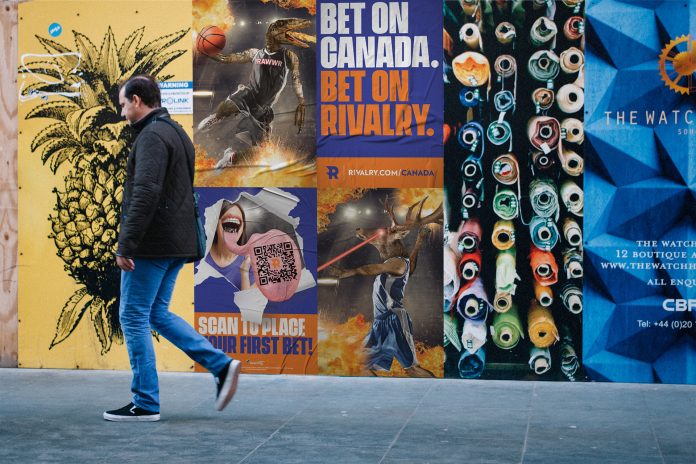 Rivalry Corp., an internationally regulated sports betting and media company, announced that its online esports and traditional sports betting service is now live in Ontario. On the first day of regulated online gaming in the province, Ontario residents can access Rivalry’s full sportsbook at www.rivalry.com.

In a field of new entrants dominated by foreign-based operators, Rivalry is one of the only Canadian companies launching internet gaming services in Ontario. Founded in Toronto in 2016, Rivalry’s headquarters and origin are at the heart of the province, and the Company applauds the regulatory efforts that have led to it being able to now legally operate there. The Company trades on the TSX Venture Exchange and is growing rapidly, with month-over-month betting handle1 growth averaging more than 20% since the start of 2021.

In addition to being a local success story, Rivalry stands out from the pack in several other ways. Rivalry’s largest segment is esports betting, which is especially popular with the younger Millennial and Gen Z demographic. As a proud Toronto start-up, the Company built its brand among younger audiences through compelling content and quality product experiences that inspire loyalty and community. This approach has made Rivalry the most engaged brand in esports betting globally.2 High engagement results in lower customer acquisition cost which helps drive profitable unit economics in comparison to peers who often offer high up-front incentives to attract new users.3

Rivalry’s unique approach will be evident in the way it builds awareness in Ontario. The Company is launching a marketing campaign starting today, built around the theme: “Bet on Canada. Bet on Rivalry.” Local residents will be exposed to the Rivalry brand through a holistic campaign featuring uniquely captivating visuals that play out in a brand video delivered through social media channels, a full wrap (inside and out) enveloping one of Toronto’s most iconic symbols, a TTC streetcar, along with more grassroots wild postings that will be featured prominently in the city’s downtown core.

“We do things differently at Rivalry. We are aiming to be the sportsbook for the next generation through engaging content and innovative experiences that entertain and create loyal fans of Rivalry who come back for more,” said Steven Salz, Co-Founder and CEO of Rivalry. “To launch in our home market feels like a dream come true, and a very significant milestone in our creation of a leading global brand.”

Ontario is Canada’s largest province with a population of approximately 14.9 million people. It is the first province to allow regulated internet gaming by private operators since the Canadian government enacted legislation in August 2021 giving provincial and territorial governments discretion to conduct and manage single-event sports betting in their respective jurisdictions. According to the Government of Ontario, the size of the online gaming market in the province is estimated to be $1 billion annually.4

Ontario becomes Rivalry’s second fully regulated market following the approval of its Australian license earlier this year. The Company continues to pursue licenses in additional regulated markets around the world, and will explore opportunities for further expansion within Canada as other provinces develop their respective regulatory frameworks.

The Amazing American Circus – Step into the Ring on September 16th!

Intema announces the resumption of trading in its securities