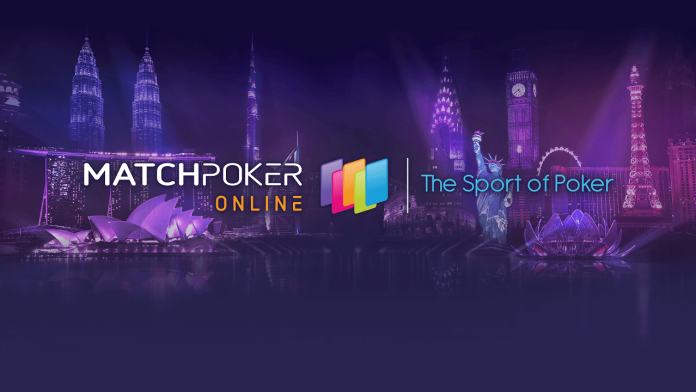 Poker players around the world now have the opportunity to play the game they love in a truly unique format. The Match Poker Online app officially launches on Feb. 14 (Feb. 15 in Australia/Asia time zones) and transforms poker into a sporting competition – giving players the opportunity for the first time to realistically compare their own skills against others.

What sets Match Poker Online apart? The game truly gauges where a player stands by having players across the platform play the same hands. Players can work on their skills by comparing their own play and decisions to others around the world who have played exactly the same hand.

For the first time, players can finally answer questions like: “Should I have raised in this position preflop instead of flat calling? Has this guy got the nuts or is he bluffing? Can I take this pot with a bluff or will I get caught?”

The app is packed with features, statistics, excellent graphics, and exciting gameplay. You can even compare your own play against friends in a fantasy sports-style competition. There’s no longer a need for arguing or debate on which players are better based on conjecture and insufficient data. With Match Poker, all that data is now available.

When playing, you’re not just competing against the players at your table, but against players seated at other tables in the same seat you are. All players in that seat are dealt the same two “hole” cards and see the same flop, turn, and river.

“It’s not poker as you’ve ever played it before – it’s a Battle Royale where you compete against opponents playing the same hand as you to survive elimination,” Match Poker Online head of customer relations Jake Colman says. “This makes it a pure test of skill – a sport – an official mind sport. And, for the first time in the history of poker, you can obtain an official world ranking. No other poker experience gives you this.”

The Battle Royale  version kicks off the app’s launch. Players win chips at their normal poker table, but their real opponents are the players in the same seat at other tables. These same users receive the exact same cards. In this way, the luck of the cards has no effect on a player’s result compared to the others. If your full house was smashed by quads, so was theirs – the only question being “did you score better than them?”

“Match Poker shows you how better players played exactly the same cards, offering a unique learning experience,” Colman says. “Plus, the app collects stats on your play and uses them to tell you if you are playing too aggressively, too passively, too loose, or too tight.”

Here’s a look at what’s ahead for Match Poker Online users in the coming months:

The release comes after years of development and now offers players some high-powered insight on their poker skills as well as plenty of fun. How do you match up? Download and find out.

Match Poker Online will be available in the App Store and Google Play Store beginning a few days before the official launch date.