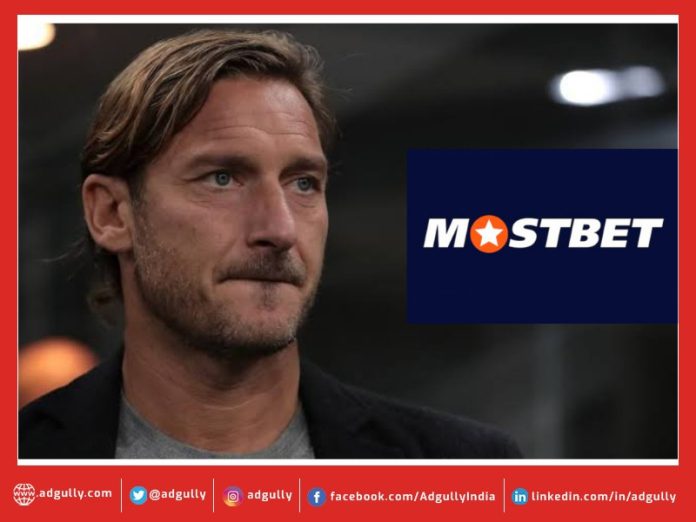 The Mostbet bookmaking office is honored to announce their partnership with a living football legend, one of the best Italian players, a world champion and European Golden Shoe owner Francesco Totti.

The player is now an ambassador of an ambitious company in CIS countries, Turkey, India, Bangladesh, Pakistan, Peru, Czech Republic, Poland, Portugal and Brazil. The new partnership has already prepared numerous advertising events for 2022. For example, now new users can register on Mostbet with the promo code TOTTI to get an extra 150% bonus on their first deposit.

Totti is a living legend of football, being the most prominent player and captain in the history of the AS Roma football club, who won the World Championship with Italy in 2006 and the Golden Shoe in 2007 as well as a multitude of other awards. His Golden Foot is immortalized on Monaco’s Champions Promenade.

“We’re proud to have a sportsman of this caliber on our team. Totti is a top football player, a personification of stability and passion for one’s craft. The same principles guide our work, something that the new contract should speak volumes of.

Loto-Québec to Resume Lottery Sales at Retailers with Outdoor Entrance

Set sail for adventure in Book Of The East by Swintt

TVBET Is Shortlisted for 2 Nominations in SBC Awards 2020