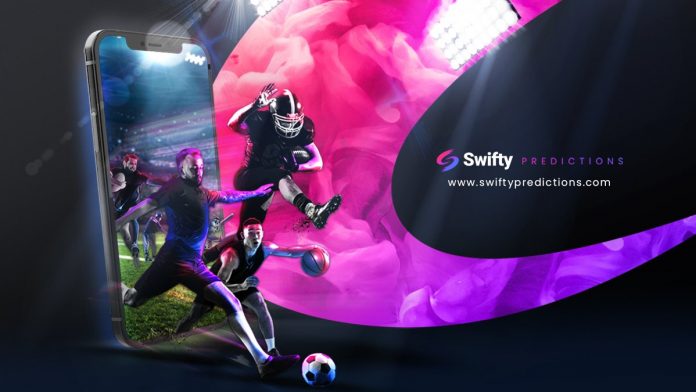 Dear Cashmere Holding Company, known as Swifty Global (Swifty), is a technology company focused on creating groundbreaking solutions in the Financial and Sports Betting Sectors. The company has developed two disruptive mobile applications (apps) for sports predictions and a digital wallet which encompasses Artificial Intelligence (AI) and Cryptocurrency/Blockchain Transactions. Patent applications have already been submitted and the mobile apps will be launched during the fourth quarter of 2021, following the imminent approval of Swifty Global’s gambling license.

To allow legal participation, Swifty has several gambling licenses pending in various regions around the world and intends to complete global licensing within 12 months. The Curaçao license is the first license which is expected very soon. The application and compliance process has successfully been completed and Swifty now only awaits the physical certification to be delivered which is expected very soon. The Curaçao license covers most of the world markets and less mainstream, but nonetheless, very important and sizeable markets such as Africa, India, and most of Europe, which equates to a population of approximately 3.34 billion. The license covers India, which has a population of well over 1 billion and is obsessed with cricket and European football (Soccer). With the Curaçao license in place, Swifty will have an opportunity to provide the Swifty Sports Predictions app and the Swifty wallet to this valuable market. The same license also covers Canada, France, Spain, Portugal, Ireland, Germany, and Italy, all who have huge betting populations that will be able to use Swifty. The Curaçao license will give Swifty access to passionate and lucrative sports betting populations, the ideal springboard for further global growth as further licenses are approved.

The second license which Swifty has applied for, is for the significantly more mainstream market of the United Kingdom (UK), which the company hopes to have approved in the 1st quarter of 2022. The UK license naturally allows Swifty to participate in the UK and Northern Ireland market which currently has 31.6 million gamblers with each person spending an average of $ 182 per year.

The UK license is well known to be one of the most difficult to obtain. So far, Swifty is close to completing the compliance phase of the approval process and then will only have the security testing to undergo in the first quarter of 2022 which the company believes will be successful based on the security testing it has already been conducting.

Leading into the main market of the United States, Swifty has appointed a US attorney who specializes in Gambling Licenses with a very successful track record, to apply for licensing in every state. This will be a gradual rollout due to the vast scope of the project, however we would anticipate US licenses to be approved, state by state, throughout 2022.

Whilst the appropriate licensing is a laborious, tedious, and frustrating task, it is also a huge advantage to Swifty once all the licenses are approved. The IP value of the licenses is substantial and creates a high entry barrier for new players in the market. Swifty is excited about the value that each approved license could add to the company’s valuation. The company is fully compliant with all the important global compliance aspects and includes some of the most sophisticated software such as, KYC (Know Your Customer), AML (Anti Money laundering) and Risk Management software. The broad spectrum of the compliance requirements is very similar globally, with only a few localized rules that differ in each region.

The Swifty product will enter its beta testing phasing this quarter. The sign up for beta testing is closed and 150 people will test the product in various real-life scenarios using mock currency instead of real currency. The beta testing allows users to provide feedback on the real scenarios outside of the controlled testing environment. Beta testing will also allow users to familiarize themselves with the app and spread the word in preparation of the main launch.

Although the company will engage in a multi-million-dollar marketing campaign as the licenses are approved the company does anticipate a large amount of viral marketing to take place in the early stages.

The Swifty app will be available on the Apple App store for iOS and the Play store for Android and there will also be a web-based version available.

Exciting additional features that will be rolled out over coming quarters will be reality TV and lifestyle predictions for shows like Love Island and The Bachelor. Swifty is very proud to be implementing its innovative peer-to-peer betting module which will be released in due course. Through this, users will be able to create their own bets and side bets amongst friends and the app will lock the bet amount in their Swifty Wallet. This will allow the group to participate in the bet and the app will pay out to the winner on the closing of the bet. Swifty believes this feature will be revolutionary to the global social betting and prediction globally.

Swifty is engaging a leading sports agent to negotiate licensing arrangements that will allow Swifty to produce NFT player cards which will be bought and sold via the Swifty Wallet and may be awarded to users as a form of a loyalty reward. Swifty will be announcing much more information on this development soon.

With an extremely tight share structure, Swifty aims to deliver significant value to its loyal shareholder base. The company has a steady pipeline of products and enhancements and very exciting features to roll out to customers and shareholders.

Swifty Global CEO, James Gibbons, commented: “The skilled Swifty team has worked extremely hard at developing what is the most innovative app in the sports betting market and we are looking forward to starting the Beta testing. We are extremely excited for the first license to be issued which will bring the project, which has been many years in the making, to reality. Launching this product is the first phase of several products which we cannot wait to share with the market. Management has already started in the background with preparing Swifty for an eventual move to the big boards once the licensing is realized and the audit is complete.”