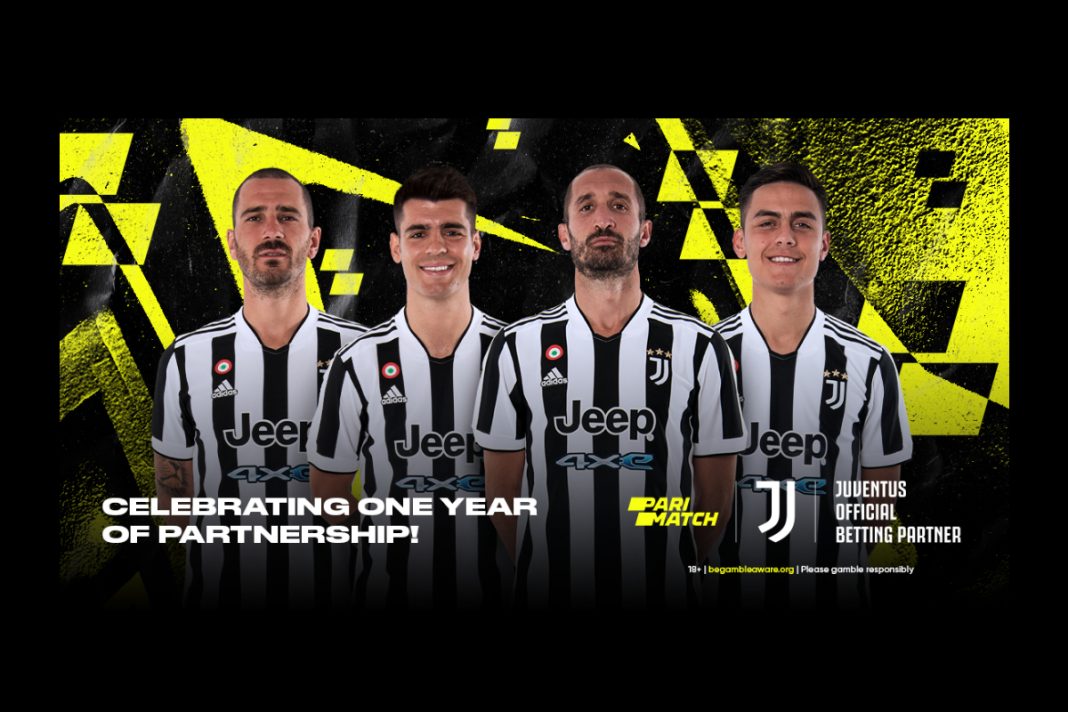 The global tech and betting brand continues its partnership with the Turin-based legendary football club and looks back at the successful year of prior cooperation.

Juventus Football Club, one of the world’s most famous teams, and Parimatch, the international tech, and betting brand, mark the first year of a successful partnership. As the new Serie A season 2021-2022 kicked off on August 21st, Juventus and Parimatch aim to create new exciting campaigns as part of the partnership deal.

“Our first year of partnership with Juventus was a tremendous success, and we can’t express how much fun and excitement working with this iconic team brought to Parimatch. Being a partner to a legendary club with over 120 years’ worth of history is an honor, and as our second year of mutual work begins, we can’t wait to launch several powerful campaigns together. I am sure Juventus fans will be as excited as we are, as Juventus and Parimatch are ready to create even bolder and more entertaining digital and offline experiences than before. Stay tuned!” – says Ivan Liashenko, CMO at Parimatch Tech.

One of the notable global campaigns launched in partnership between the legendary club and Parimatch brand aired this March when top Juventus players starred in an international video ad infused with Parimatch’s yellow electric impulses. The video was shot and produced in 2020 with strict adherence to COVID-related limitations, and proved to be a worthy and refreshing creative challenge both for the Juventus and Parimatch teams.

2021 was one of the most successful years for Parimatch brand in terms of new partnerships and deals. For instance, the tech company signed or prolonged the deals with six English Premier League clubs (Chelsea F.C., Everton F.C., Leicester City F.C., Southampton F.C., Aston Villa F.C., and Brighton & Hove Albion F.C.), securing a strong presence in the league and covering 30% of the in England’s top football championship.

Adriano Marques Ho to Continue as Director of DICJ Until 2023