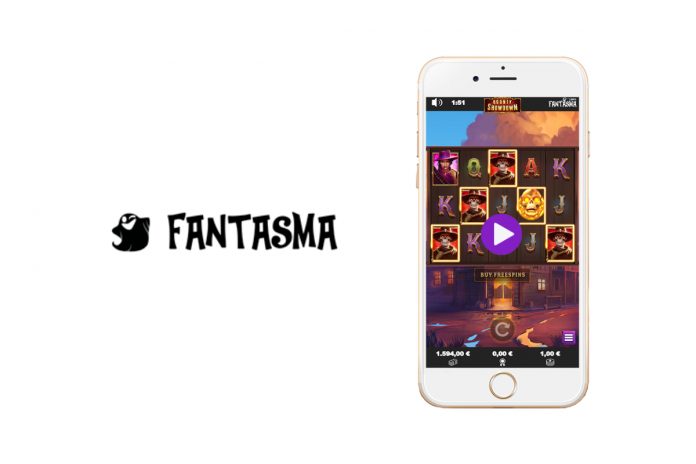 Fantasma Games, the developer of slots beyond gambling, is pleased to announce that its hugely popular Bounty Showdown title has launched network wide following a period of exclusivity with Kindred Group brands.

This means that operators targeting key regulated markets around the world can now offer this Western themed, gun-slinging slot to their players. On opening the game, they are taken to a Wild West town under attack – they must take on the three raiders to claim their share of a huge bounty.

The raiders have descended on the town hungry for revenge after their friend, Mr Joe Boneson, was bounty hunted for the sum of $50,000. The town’s people were incredulous at first, but the mysterious outlaw that promised to deliver justice was true to his word.

By noon that same day, Bonesun hung from the gallows and by the evening the towns people had already tossed his corpse to the desert dogs. But then came the raiders who ransacked the town so wildly their actions bordered on madness and not even the dead could sleep soundly that night.

To help defeat the raiders, players are given three bonus features, including a Bonus Wild that appears on all reels and substitutes for all symbols. If two Bonus Wilds land during the base game, the Double Bonus Respin feature is activated.

Line wins are evaluated and paid out first before the two reels where the Bonus Wild symbols landed are locked and the rest of the reels re-spin.

If three, four or five Bonus Wild symbols land during the Respin feature or the base game, 10, 15 or 20 Showdown Free Spins are awarded respectively. The feature starts with a Gatling Wheel bonus game which plays automatically.

The Wheel has 16 positions, each with a Multiplier value from 1 to 100. Players receive three spins on the wheel, with a Multiplier selected at the end of each spin. The Multipliers are then added together and the Free Spins get underway.

Every Bonus Wild symbol that lands during the feature pays an equal to the bet multiplied by the current sum of all the selected Multiplier values.

Tianzhi Zhou, Game Producer at Fantasma Games, said: “We are thrilled to launch Bounty Showdown to our network of operators following its period of exclusivity with Kindred.

“The slot has performed incredibly well and we can’t wait to see even more players hunt down the raiders and land some potentially explosive wins of their own. The game punches hard, and when it does it is a great result for the player.

“This is another example of how we develop games that go beyond gambling and deliver a thrilling and entertaining experience from the first spin to the last.”