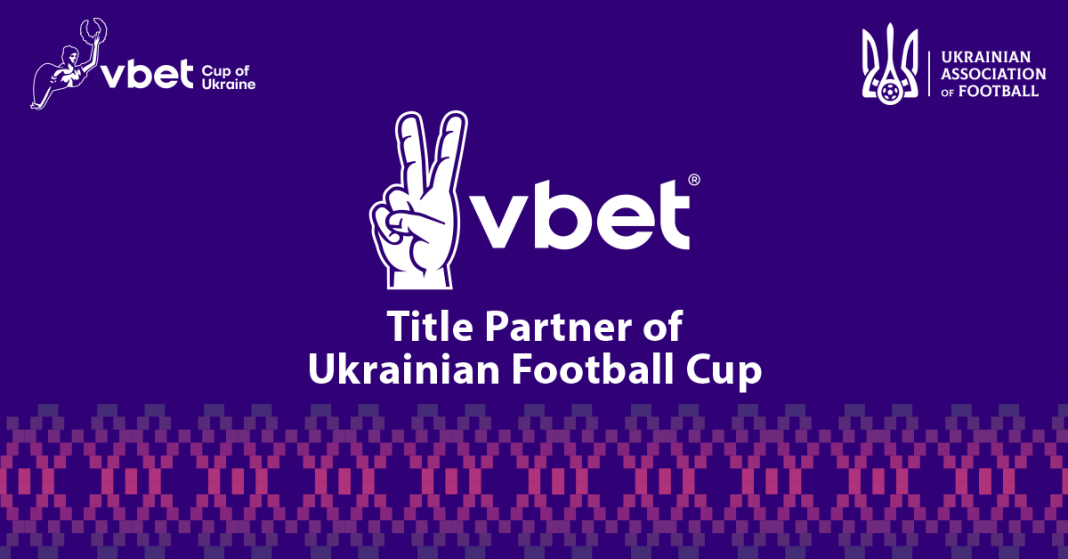 VBET, a global betting and gambling operator, has become the Title Partner of the Ukrainian Football Cup, as it is announced on the Ukrainian Association of Football website.

During the three-season cooperation, the partners will focus their efforts on the development of the Cup and Ukrainian football in general.

“The Cup of Ukraine is a national tournament that allows small towns and villages to experience football of the highest level, and local residents – to see with their own eyes the top Ukrainian teams that play in the European arena and which include players of the Ukraine national team,” commented Anton Svitlychny, Head of VBET Ukraine Partnership Development.

“Our company is proud of the new partnership and approached it responsibly: together with UAF we present a new logo and corporate style of the Cup of Ukraine, which will symbolize a new stage of development of this tournament. We are confident that this and upcoming seasons we will see a fierce intrigue at every stage of the Cup and as many memorable matches as possible.”

“We are extremely pleased to welcome the new title partner of the Ukrainian Football Cup – VBET. This partnership adds even more status and opportunities to the country’s most important and unpredictable cup tournament, “said the first vice-president of UAF Oleg Protasov.

“And the new modernized logos and graphic stylistics of the competition emphasize the dynamics of its development. We are convinced that the partnership between UAF and VBET for the development of the Cup of Ukraine will make the tournament even brighter and more exciting. We wish all participants to play to the maximum in the fight for the coveted trophy! ”

VBET had previously become the Title Partner of the Ukrainian Premier League and the Super Cup, as well as the partner of UPL club FC Oleksandriya.
With 18 years of experience in the industry and being powered by the BetConstruct software provider, VBET arrives with a vast variety of Casino games and Poker tournaments for Ukrainian customers, as well as new products which will be coming soon.

VBET’s entrance into the regulated Ukrainian market is an important step on the path to increasing its global presence. Also, the award-winning global brand is the proud sponsor of AC Monaco, Alliance Cybersport organisation, Portsmouth F.C., and other sport teams and competitions.