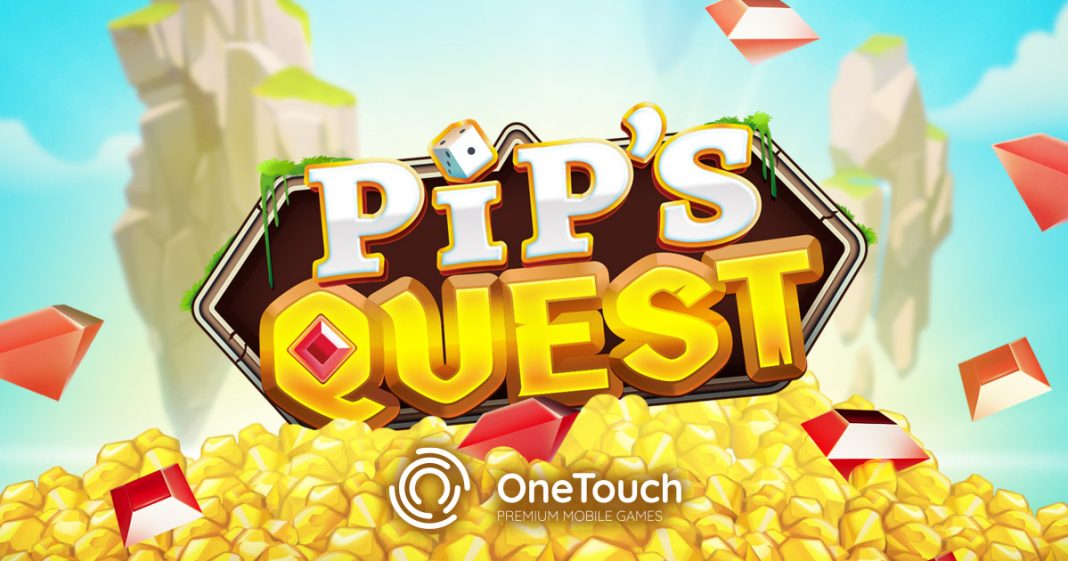 The title gives players up to nine games to enjoy simultaneously – additional active games increase the prospect of new Mega paylines appearing, with the Quest Bonus triggering wins of potentially enormous value. Wins are awarded for adjacent symbol combinations as potential prizes are granted for matching three in a diagonal or horizontal row from left to right, with higher dice scores leading to greater rewards.

In the adventure-style Quest Bonus wins can be collected at any stage as central character Pip attempts to reach the top of an arduous trail. However, players need to beware with certain spaces able to alter the course of Pip’s quest towards the maximum prize.

The launch follows OneTouch’s other smash-hits, such as Loot or Boot, as the developer continues to attract audiences in regulated markets across Europe and Latin America thanks to a series of key operator deals.

“With additional thrilling game launches lined up for the near future, as well as further high-profile commercial partnerships, OneTouch is set for a busy 2021.”