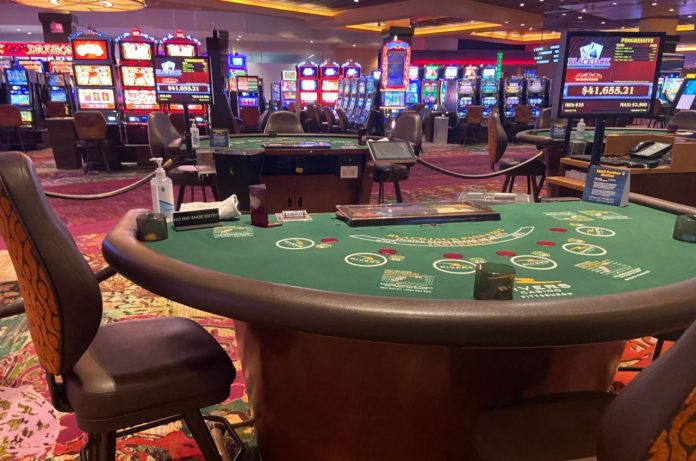 Pennsylvania’s sportsbooks slowed in February but still surpassed $500 million in wagers for the third consecutive month, while online casinos tallied nearly $80 million in revenue in February. Though February brought largely good news to Pennsylvania, it was still the state’s lowest handle since November while online casino revenue fell behind Michigan, according to PlayPennsylvania.com, which provides news and analysis of the state’s gaming industry.

“With just 28 days and a schedule with one NFL game, even if that game is the Super Bowl, a pullback from January to February is expected,” said Dustin Gouker, lead analyst for PlayPennsylvania.com. “Pennsylvania remains one of the strongest markets in the U.S., and March Madness will almost certainly put the state back on the upswing.”

In total, Pennsylvania’s online and retail sportsbooks collected $509.5 million in bets, according to official data released Tuesday. That was up 54.5% from $329.8 million in February 2020, though off from the record $615.3 million in bets in January.

The Super Bowl generated $53.6 million in wagers alone, but even the largest single game in terms of wagering of the year is not enough to replace a robust NFL schedule. The expected month-over-month dip from January to February will likely keep Pennsylvania from surpassing Nevada as the nation’s No. 2 market, something the Keystone State nearly did in January.

“Pennsylvania continues to post strong results month after month, but Nevada is a more event-driven market so the Super Bowl handle there is typically the nation’s highest,” Gouker said. “But at the current trajectory of both markets, it seems it’s not if but when Pennsylvania will become the nation’s No. 2 market.”

Online sports betting produced 92.2%, or $469.7 million, of February’s handle, down from 94.3% in January as retail sportsbooks continued to slowly rebound.

The Barstool-branded Penn National/Hollywood Casino app continues to be a major player, finishing February in third with $65.6 million, up from $65 million in January. It managed to gross $5.1 million in revenue, but heavy promotion led to a $726,040 loss in taxable revenue.

“Retail sportsbooks still have some time to go before they are back to normal, but with COVID infections dropping as vaccination levels rise, better days are hopefully not far away,” said Valerie Cross, analyst for PlayPennsylvania.com. “In the online market, though, Barstool continues to make progress, keeping handle steady, but it took a huge promotional spend to do it.”

The revenue yielded $21 million in state taxes and another $10.7 million in local share assessments and county grants.

Despite a record for per-day revenue, Pennsylvania is now the third-largest online casino market in the U.S. after Michigan tallied $79.7 million in its first full month of online casinos and poker.

“Pennsylvania’s online casinos are in a very good place,” Cross said. “Pennsylvania’s fall to No. 3 says more about Michigan’s rapid ascent than it does about anything in the Keystone State. Online casinos will continue to be a most reliable revenue generator for the state for the foreseeable future.”

For more information on the revenue generated by Pennsylvania, visit www.playpennsylvania.com/revenue.