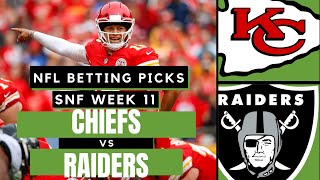 Home teams have dominated the Divisional Round of the NFL Playoffs, so it’s no surprise that the NFL’s two best teams over the course of the 2020-21 season are significant favorites heading into this weekend’s playoff games, according to TheLines, which tracks odds in the U.S. regulated sports betting market.

In the last 13 years, home teams in the Divisional Round are 36-16 straight up, including 3-1 last season. That’s good news for the Kansas City Chiefs and the Green Bay Packers, who both find themselves a touchdown or better favorites this weekend, as well as the Buffalo Bills and New Orleans Saints.

Bettors, though, will have to be more diligent in deciding their picks. Underdogs are 27-24-1 against the spread over the last 13 years, even as favorites have gone 3-1 in each of the last two seasons. The Chiefs enter their game with the upstart Cleveland Browns as 10-point home favorites, while the Packers stand as 7-point favorites against the visiting Los Angeles Rams according to a consensus of the nation’s largest legal online sportsbooks — including DraftKings, FanDuel, PointsBet, PlaySugarHouse, BetMGM, Unibet, and William Hill. While the Bills and Saints enter the week as much narrower favorites.

“Unlike in the Wild Card round, the home teams in the Divisional Round are historically the best teams in the NFL that season,” said Brett Collson, lead analyst for TheLines.com. “Even with the new playoff structure, the top four seeds will host this weekend. But picking a home favorite is never automatic, especially as the quality of teams improve as teams advance in the playoffs.”

The consensus point spreads for Divisional Round games, as of Monday, Jan. 11:

The current odds for remaining playoff teams to win Super Bowl LV as of Monday, Jan. 11 (with preseason odds):

OKADA MANILA lights up the gaming floor with TCSJOHNHUXLEY products

How Games in the Future Evolve for These Laptops

Fantasy football platform Sorare officially launches out of Beta in the UK as Paris-Saint...