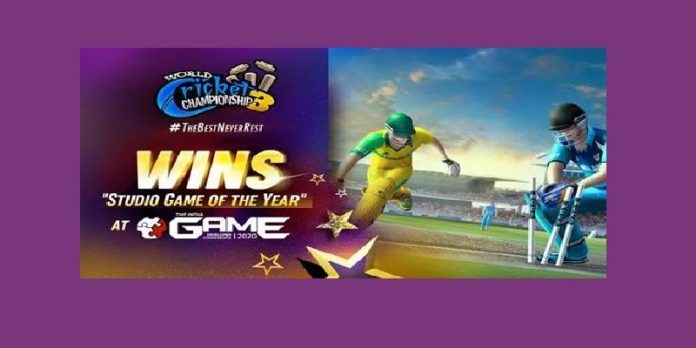 Earlier this year WCC won the AatmaNirbhar Bharat App Innovation Challenge conducted by the Government of India and more recently, the third edition of the game bagged the ‘Google Play Best of 2020 award’ in the ‘Users’ Choice’ category, only after a few weeks of its launch.

WCC from Next Wave Multimedia Pvt Ltd. is the leading and longest running mobile cricket gaming franchise from India and now having won three consecutive prestigious accolades recently, P.R. Rajendran, co-founder and CEO, says “It is absolutely thrilling to win another title. The team has put a lot of hard work and innovation behind the game and this award comes as a hattrick for us at WCC. This is a validation of all our effort. We look forward to continuing to provide value to our fans and the industry at large.”

The WCC franchise has crossed 143+ million downloads globally. This ‘Made in India’ game franchise filled the cricket void this pandemic by giving fans a near-actual and immersive cricket experience, resulting in more than 22 million downloads between February and August, 2020. Alongside this, the game also recently witnessed more than 100% growth in-app purchases between February and November 2020.

The latest edition of WCC comes with a host of new features, including a comprehensive career mode set across 3 brackets, 25 series, and 400+ matches with a built-in challenging performance decision system which determines your rise in ranks starting from a local club to the national or international level, alongside the much awaited women’s cricket mode which is a tribute to the changing face of women’s cricket across the globe. To add a dash of extra realism, the game has been infused with simulation of actual cricket, updated gameplay features like brand new controls, fabulous animations, real-time motions of athletes and professional cricketers, bilingual commentary by professional cricketers, Aakash Chopra and Matthew Hayden and much more.

Furthermore, the cricket game has also been featured among the Top 10 Games for Monthly Active Users by the App Annie Report for 3 years in a row (2016-2018) and was also listed under Top 10 games by time spent in Android & IOS by App Annie 2016 report.

Get your timeline erased at this year’s Gamescom