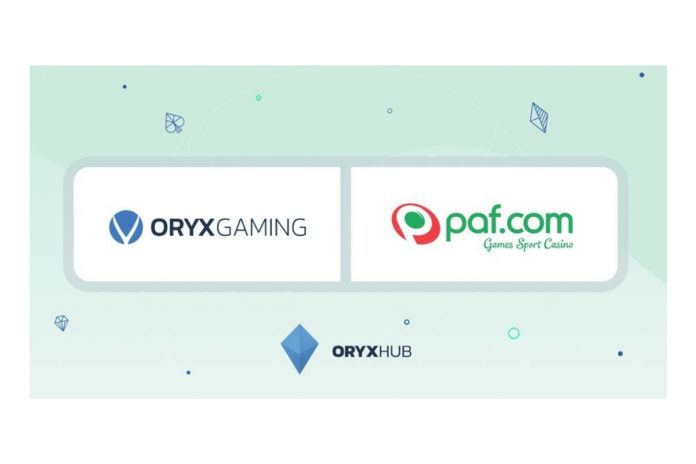 ORYX’s content will be made available on Paf’s online casinos in Sweden, Estonia, Spain, Latvia and in their home market, significantly expanding ORYX’s reach across several key markets.

As well as being offered on the operator’s Paf branded sites, ORYX’s content will also be integrated with sites operated by Mandalorian Technologies, a company that Paf acquired earlier this year. Brands include No Account Casino, No Account Bet and Prank Casino, which operate in Sweden.

ORYX’s RGS offering has significantly expanded during 2020, with several new studio partners being added, and provides a wide diversity of content that appeals to a wide audience of players.

Paf is licenced and controlled by the local government on the Åland Islands, a part of Finland and the company holds licences in Sweden, Estonia, Spain and Latvia. Paf is a leader in responsible gaming and in 2018 it became the first international operator to introduce a mandatory loss limit for its customers.

Turnover for the Paf Group in 2019 amounted to €114.2 million and the operator was named Sweden’s most sustainable gaming company at the annual Swedish Gambling Awards earlier this year. Paf’s generated profits are used to benefit the society every year.

ORYX is licensed by the Malta Gaming Authority (MGA) and the Romanian National Gambling Office (ONJN) and is compliant, certified or approved in 18 other major jurisdictions.

Matevz Mazij, Managing Director of ORYX Gaming, said: “Paf is an established operator in the industry and is well-known for its work around social responsibility and safe play, something that we at ORYX strongly support and encourage.

“With a significant presence in several countries across Europe, this deal will see us greatly expand the reach of our content and we look forward to introducing our games to their wide base of players.”

Kim Johansson, Chief Gaming Officer at Paf, said: “Through this partnership with ORYX we will gain access to a huge range of games from well-established suppliers as well as up-and-coming slot studios that all bring something unique to the market. The partnership will significantly strengthen our total offering on all our markets. “