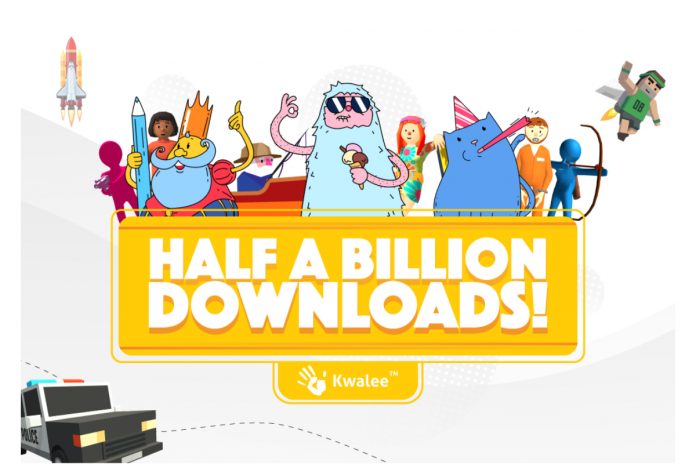 Kwalee, a leading developer and publisher of hyper-casual mobile games, has surpassed half a billion downloads across its portfolio of hyper-casual games on the App Store and Google Play.

After a strong year in which the company has grown to more than 100 employees and launched hit games including Bake It, Line Up: Draw the Criminal, Let’s Be Cops 3D, Teacher Simulator and Blade Forde 3D, Kwalee’s 500 million milestone positions it firmly among the world’s premier mobile game publishers.

Underscoring the incredible reach of Kwalee’s games, latest releases Let’s Be Cops 3D and Teacher Simulator have consistently featured alongside one another in the top 5 most downloaded iOS games in the USA, since launching in October and November respectively.

Headquartered in Leamington Spa and with growing teams in Bangalore, India and Beijing, China, Kwalee is led by CEO, founder and games industry legend David Darling CBE. Darling previously co-founded and ran Codemasters, a company reportedly the subject of a $1 billion acquisition, so his track record in the industry is beyond question. He recently won the Outstanding Leadership Award at the 2020 TIGA Awards.

Kwalee has firmly established itself as a leading developer and publisher of hyper-casual games – a style of mobile games that are defined by their accessibility and designed to be played in short bursts – and this half a billion milestone is the ultimate confirmation of that.

Kwalee’s varied catalogue of releases includes both those developed internally and by brilliant third-party developers of all sizes, with an equal commitment and investment given to each. The company is always looking to enter partnerships with developers and will offer them genuine support and coaching on all aspects of their games, from game design to monetisation.

And when it comes to internal development, the vast majority of Kwalee hits begin with a pitch on ‘Creative Wednesdays’, a weekly opportunity for anyone in the company to pitch their dream game ideas and vote on which ones get made. This formula has powered Kwalee to 500 million downloads with countless great concepts and there is a firm belief that it will take the company to one billion and beyond.

“Kwalee was founded with a belief in the power of digital distribution and great digital marketing to propel games to a massive global audience,” said CEO David Darling. “That’s not something that can be accomplished overnight, but achieving half a billion downloads by sticking to these principles is a very proud moment for all of us. Our approach to launching hit games is always being refined, we’re getting better all the time and we’re already setting our sights on one billion!”