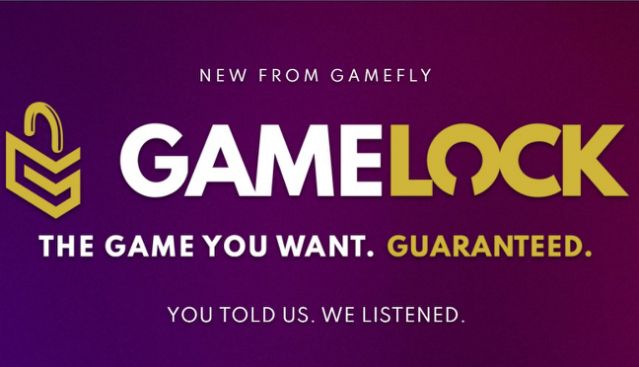 GameFly, the subscription service that lets game fans rent, play, and buy games, is unveiling its latest feature. GameLock lets subscribers “lock in” a hot upcoming title, allowing them to know that the game they crave will be on its way come street date.

“For the first time in history, we’re giving GameFly subscribers the ability to get your game and lock it in,” explains GameFly President Tim Hinsley. “You get access to the new release you want, period.”

GameLock gives GameFly subscribers an easy way to track down in-demand games. If you’re eagerly awaiting a new release like Cyberpunk, for example, your only choice before GameLock was to wait until release day, then buy it online or track it down at a local brick-and-mortar store (and hope you can snag a copy). Via GameFly, all you have to do is click the GameLock button next to your favorite new game and you’re locked in, guaranteeing you’ll get a copy once it’s out.

GameFly developed this handy upgrade thanks to customer demand, as fans desperately wanted to get their hands on their desired new game. “GameLock is a direct reaction to our member’s feedback,” Hinsley says. “We are ecstatic that we can provide this kind of service for the first time in our history.”

GameLock is one of several significant improvements to GameFly’s service that the company plans to offer subscribers in the months to come.

When it all slots together, Rabbit Entertainment is the first Virtual Slots Website to be certified as compliant with the new German regulations

NetEnt on for another branded smash hit with Street Fighter II: The World Warrior...