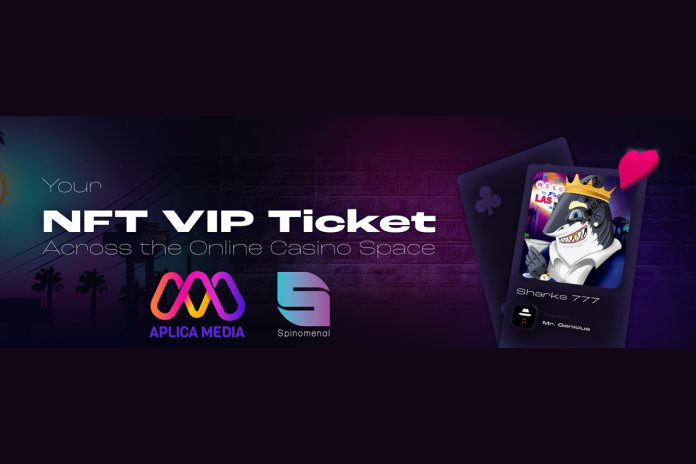 Spinomenal, the leading iGaming content provider, has launched a seminal NFT slots tournament in partnership with NFT specialist Aplica Media. The project between the two companies is known as Royal Sharx.

The first-of-its-kind tournament initiative begins today, June 27th 2022, and will involve two separate competitions in which the first and second ranked players in each will win an NFT-based VIP card. There are a total of four Royal Sharx NFTs up for grabs during the tournament which concludes on Monday 11th July 2022.

Players can gain entry to the tournaments through Spinomenal’s own Wolf Fang title or Kakekkorinrin’s RinRin slot. Each game is accessible on Kakekkorinrin and 10cric brands thanks to integrations with Spinomenal. The content provider will also be leveraging its proprietary tech expertise to ensure the seamless running of the tournament leaderboard mechanics.

Royal Sharx is the first ever NFT project for online casinos that provides VIP benefits to its holders.

Every NFT holder is getting an immediate VIP status in any casino that will take part of the project. Online casinos wishing to join the NFT tournament will require a content partnership with Spinomenal.

Spinomenal’s Chief Commercial and Operation Officer Nir Ronen, commented: “Spinomenal prides itself at being at the forefront of online casino and this NFT tournament reflects our creative philosophy. Working with Kakekkorinrin and 10cric brands has been a pleasure and we’re thrilled with the result. Good luck to all those who enter!”

Asaf Shohat, Aplica Media Founder & COO followed: “We’re always exploring fun collaborations where we can flex our specialist skills within the NFT space. Working with Spinomenal has allowed us to deliver a revolutionary NFT tournament where the players have a chance to win something that will bring premiere benefits.”

WagerWire Raises $3 Million for Sports Betting Marketplace, Round led by Co-Owner of Miami...