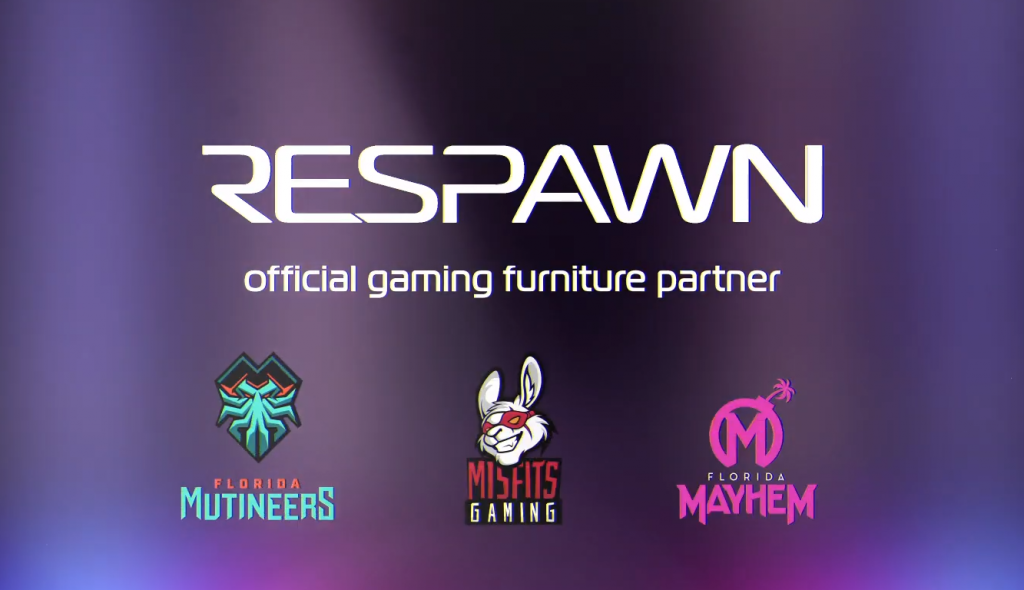 “We love that RESPAWN is making gaming chairs accessible to all, and they are readily available on Amazon and retail stores like Wal-Mart and Target. MGG is dedicated to providing the absolute best experience to our players and fans, and we have plans for some really cool unique stuff coming down the line,” Justin Stefanovic, VP of Partnerships at Misfits Gaming Group, said.

“Misfits diverse involvement across multiple esports scenes and leagues made them the perfect candidate for RESPAWN to partner with in 2021 and continue our commitment to the esports space. We’re looking forward to outfitting their South Florida headquarters and office in Berlin, and providing gaming furniture to all of their teams and players, including the Florida Mutineers and Florida Mayhem,” Alex Gonzalez, Marketing Manager at RESPAWN, said.