Home Latest News REVEALED: These are the Online Games that Cause the Most Arguments 🎮💔 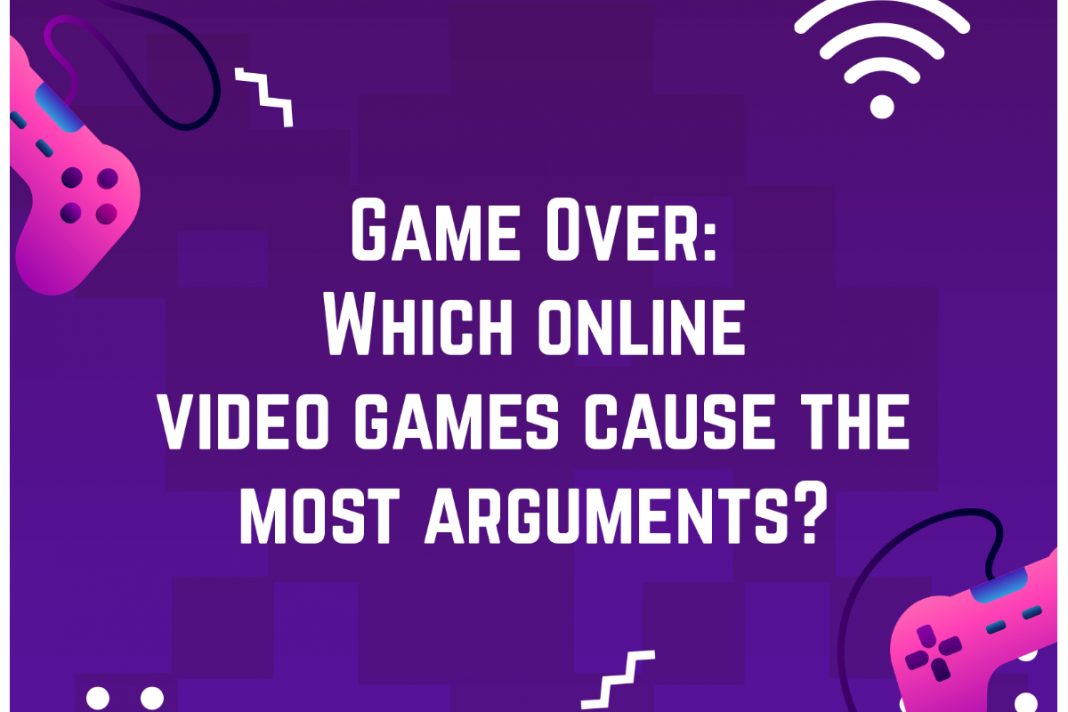 With Valentines day almost a week away, new data from CardsChat.com reveals which online games cause the most arguments in a relationship. CardsChat surveyed 1,000 UK adults whose partner plays online games, to find out how gaming affects relationships. CardsChat also spoke to three relationship experts to explain the findings.

1 in 50 couples row over games every day

According to the survey data, Call of Duty is the online game most likely to cause a rift between couples with 38% of couples admitting to have argued about time spent on the game.

Fifa is a close second, with 34% of couples confessing to argue over the football game.

According to Iain Macintosh’s book, ‘Football Manager Stole My Life’, the titular game was cited as a factor in a whopping 35 divorce cases back in 2012. However, despite these stats, we found that the addictive micromanagement game came fourth with 15%.

So what’s behind these rows? Chris Pleines, a dating expert from Datingscout says forgetting important dates and a lack of quality time can contribute: “Being preoccupied with gaming will most likely let you forget what day it is, especially if you pull an all-nighter. Instead of preparing something special for your partner, you are busy levelling up on your game.”

Let’s hope that these gamers don’t forget about Valentine’s Day!

Who Is Trying — and Failing — To Ban Gaming?

We spoke to Susan Trombetti, leading matchmaker, relationship expert, and CEO of Exclusive Matchmaking, to delve even deeper into the impact of gaming on relationships. She told us: “Gaming is a way to be connected without really connecting with people thus sometimes increasing your social isolation. This can cause issues for relationships.”

Her advice? “Some things you can try are limiting time spent on the game instead of banning them altogether. Opposed to making your household a gaming free household, if your partner enjoys it, consider limiting the time gaming, similar to how you may set boundaries like no phones while eating dinner together. Small compromises may work for you and your partner.”

Have thought about breaking up with their partner over gaming

Our data reveals that 25% of men have thought about breaking up with their partner because of online gaming-related arguments. Compared to 17% of women surveyed admitting they’ve considered calling time on a relationship for the same reason.

Dainis Graveris, a certified sex educator and relationship expert at SexualAlpha suggests that: “When people play online games, they become a part of something that involves responsibilities, loyalties, and interactions. These interactions, however, don’t spill through with their relationships offline.

And why does this seem to bother more men than women? Dainis says:” it boils down to the male gamer’s motivations for playing online games that’s why you can find that most of them get into serious fights with their partners and have thought about breaking up with them.

For instance, some male gamers feel that playing online games helps alleviate stress, serves as an outlet for negative energy, and/or helps them regain a sense of control. When their female partners don’t understand their motivations, they take offense and get into serious arguments”.

Peace of the action

Considering how many relationships are on the ropes due to online gaming, we started thinking about how couples can avoid the agro.

The simple solution? Get gaming included in your vows

‘Do you [insert name] promise to play only an hour of gaming a day?’

‘I promise never to ban gaming in the house’

‘I vow to always put you first, even when I’m playing Fortnite’

‘I promise never to keep score, even when I’m beating you at FIFA’

‘I vow to never let the PS5 come between us’

Gambling Venues in Denmark to Remain Closed Until April 5