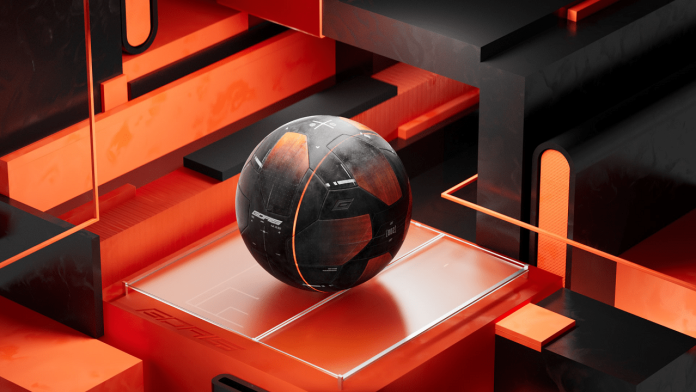 Online football game GOALS, has announced a $15M seed round. Northzone, a global VC firm which has backed Spotify, Klarna, Trustpilot, and Homa Games, led the round with participation from previous investors Cherry Ventures, Moonfire Ventures, Banana Capital and new investors Not Boring Capital and Cassius. The round features notable angels such as FC Barcelona star Gerard Pique, Sorare co-founder and CEO Nicolas Julia, Axie co-founder and COO Aleksander Larsen, metaverse expert Matthew Ball, and web3 authority Magdalena Kala. The funds will allow GOALS to double their headcount recruiting another 30 game developers by the end of 2022.

GOALS is a fast-paced and multiplayer-first football game primarily for PC and consoles that offers a unique and attractive way for gamers to own in-game digital assets as they play. With a focus on quicker and more responsive gameplay, GOALS is different from existing football games by creating a fun, competitive and rewarding experience. Being free-to-play and cross-platform, GOALS provides a completely frictionless opportunity for gamers and football fans to enjoy the beautiful game like never before.

Through the utilization of environmentally friendly blockchain technology, GOALS allows true digital ownership of in-game assets. These in-game assets are earned for free through gameplay and can be used in the game or traded freely at any point.

“We’re thrilled to announce a seed round by an amazing group of VCs and fantastic angel investors”, said GOALS co-founder and CEO Andreas Thorstensson. “We have been in the very fortunate position where investors reached out to us before we were actually fundraising so we were able to pick the ones we felt had the best fit for GOALS. The current investors have the perfect combination of expertise in gaming, sports, web3 and company growth. With GOALS I am building my dream company. It combines my deep interest in sports, gaming, esports and new technology. After playing most football games on the market and observing the esports scene for a long time I could see that gamers deserved something new. GOALS is a gameplay-first football game. Free to play, cross-play, multiplayer-focused, and esports-ready where the players can finally own their in-game items instead of renting them.”

Football and gaming are respectively two enormous markets. With 3.5 billion football fans and 2.9 billion gamers, the estimated market for virtual goods in this space is valued at close to $190bn. Major players have bet big on realism and licensing to sustain their market positions. This leaves a huge space for companies like GOALS who can deliver an esports ready product that offers the accessibility and non-stop action of other online giants like Rocket League. GOALS’ play-and-own business model is ideally placed to service the new market for NFTs which is itself estimated to reach $80Bn by 2025. Gamers will own their players and teams to take part in professional online leagues.

“Andreas has gathered around him a stellar team. They’ve identified a unique opportunity at the intersection of metaverse and football, the world’s largest sport. Web3 and the technology behind innovations like NFTs will power the next generation of businesses in this space and GOALS is poised to become a leader in their own category”, adds Pär-Jörgen Pärson, a partner at Northzone and sitting on the GOALS board.

“GOALS represents a rare investment opportunity. The game they’re building is original and fun, and their growth and business model is truly impressive. Andreas is as impressive a founder as I’ve ever met, has a solid vision and a clear execution plan. From a personal perspective too, this intersection of football, gaming, esports and NFTs covers so much of what I find fascinating. I’m really excited to see where we go from here” says Mattias Ljungman, founder of Moonfire Ventures.

“GOALS is not just a game, but a team on a mission,” says Sophia Bendz, partner at Cherry Ventures, which also led GOALS’ pre-seed round. “In just a few short weeks, GOALS grew its following to well over 25,000 people on social media and thousands upon thousands in Discord. GOALS is creating something people have long wanted. We’re excited to be with them on their journey in creating a new football game people love.”

Founded in late 2021, GOALS has already built a team with an impressive set of skills and track record of successes in entrepreneurship, engineering, game development, gaming, esport and web3. This funding will allow them to grow further in the game development area. As a gaming start-up, GOALS has taken the lead in offering a diverse and inclusive workplace to better attract developers from competing firms.