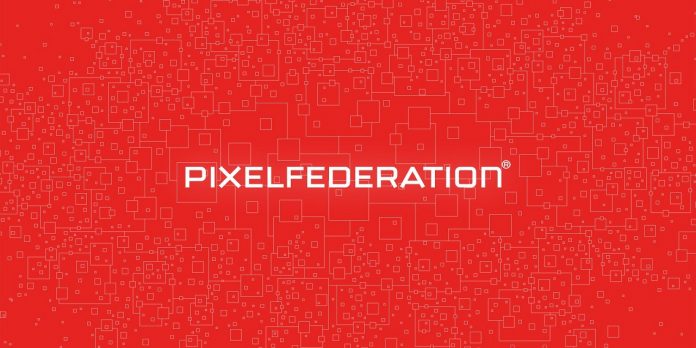 Together with SEGA Europe, Bandai Namco Entertainment Inc, Perp Games and Creative Assembly, Pixel Federation joins the fight to save our planet.

Pixel Federation is the first games company in Slovakia to pledge to keep environmental activity at the heart of its games.

Pixel Federation, a Slovakia-based game development studio, today announces its membership of the Playing for the Planet Alliance. After a successful year of landmark new games and local efforts to fight the pandemic, Pixel Federation is now implementing environmental initiatives, joining the Playing for the Planet Alliance, facilitated by the UN Environment Programme (UNEP).

The Playing for the Planet Alliance is driving the video games industry to reduce its carbon footprint and integrate environmental activities in live games. In joining the Alliance, game companies have made commitments to positively impact the environment, ranging from integrating green activations in games to reducing emissions. Green activations refer to educational content focusing on different environmental topics integrated in video games. Pixel Federation is determined to make environmental contributions a key part of its strategy moving forwards; prior to joining the Playing for the Planet initiative, it participated in a project ‘10,000 trees’ by the city of Bratislava planting close to 100 trees in the city.

Lucia Sickova, one of four co-founders and Chief Learning Officer at Pixel Federation said, ‘Participating in the Playing for the Planet Alliance will drive us even further in our awareness of our climate change activities.’

She continued: ‘The world is changing in front of our eyes and I truly believe each and every one of us can be the cause for the change that needs to happen. Every small decision an individual makes is the difference we can make to our planet. Being the first game developer in Slovakia to join Playing for the Planet Alliance is just the start of a set of new initiatives we are putting in place so we can play our part in making the world a greener and cleaner place for future generations.’

As part of the Playing for the Planet Alliance Pixel Federation has committed to undertake the following initiatives, among others:

These commitments will see Pixel Federation driving environmental change in the gaming industry, and even further within tech in Eastern Europe, encouraging fans and users to take action.

Annually, the Playing for the Planet Alliance’s Green Game Jam brings together the biggest names in the games industry across mobile, consoles and PC to educate and empower millions of players to act for the environment. Thrilled to be part of the Green Game Jam, one of Pixel Federation’s core beliefs is supporting the next generation of game developers. It is already doing this through a number of impactful charitable projects that focus on encouraging and driving education, technology skills and opportunities for young people in Slovakia as well as existing Pixel Federation employees and Slovakian developers.

“When it comes to climate, keeping all our emissions down will require all hands on deck. The video gaming industry is a new ally in the race for a net zero and nature positive planet.” said Sam Barratt, Chief of Youth, Education and Advocacy Unit of the UN Environment Programme (UNEP). “We are delighted to have the support of Pixel Federation. The commitment of these gaming companies shows recognition that we all must play our role in the global effort to lower carbon emissions and effect real change towards sustainability.”

The games industry and related technologies are constantly growing and adapting, and with a global reach, people are rightfully looking to this industry to see how it is participating in the fight against the climate crisis. The Playing for the Planet Alliance already has the likes of Sony, Microsoft and Ubisoft in its corner, and now with Pixel Federation joining the ranks, game developers from every corner of the globe are coming together to tackle this emergency head-on.

Kambi Provides Q1 Updates and Measures to Strengthen its Financial Position in Light of...