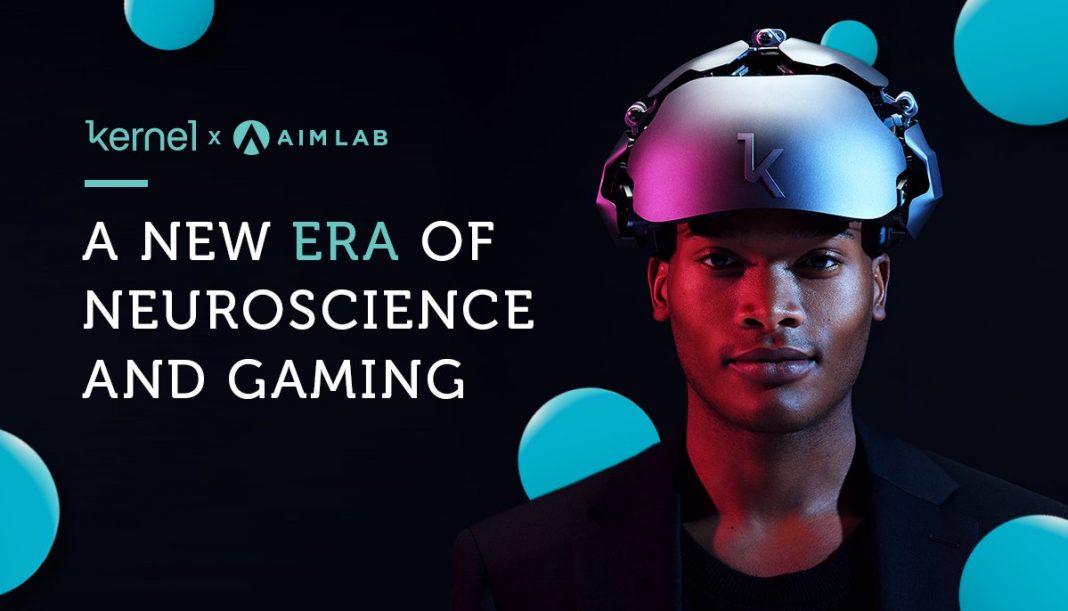 Statespace, the publisher of Aim Lab, the ultimate skill training and player development platform for first- and third-person shooters built by neuroscientists, announced their partnership with Kernel, who has built a revolutionary non-invasive brain interface. This interface, Kernel Flow, will be worn by gamers training with Aim Lab software to record neural activity, showing the relationship between gameplay and brain function. The science and technology behind Aim Lab and Kernel will launch a new era of professional gaming, brain wellness, and mental fitness, based on neuro quantification and lays the foundation of a new era of Digital Health.

Excelling in competitive video games and esports demands more than just quick fingers. A first-person shooter game, for example, engages the visual system of the brain to perceive, the motor systems in the brain to control movement, and requires numerous cognitive skills and capabilities such as attention, working memory, navigation, planning, and decision-making. Aim Lab was designed to help gamers maximize their performance by training and improving these brain functions.

Early tests conducted by Statespace and Kernel have shown that these skillsets can be quantified and tracked, with millions of neurons firing across wide areas of a gamer’s brain when practicing gaming skills in Gridshot, Aim Lab’s most popular training mode. These, and future tests, will contribute to an ever growing body of research that demonstrates how playing action video games is a great way to exercise your brain.

“My focus with Aim Lab has always been the ways in which we can understand and quantify the relationship between brain function and in-game performance, and how that knowledge can be used for improvement,” said Dr. Wayne Mackey, founder of Statespace. “So our partnership with Kernel is a perfect fit. We’re looking forward to utilizing their cutting-edge hardware to expand our understanding of what human minds look like when playing games at a high level, and ultimately using that understanding to push the boundaries of what people think is even possible.”

The partnership will be marked by an upcoming event during which Kernel Flow will be worn by pro gamers while playing Aim Lab. Details of this event will be revealed soon.

MGA: Call for Applications for the Vacant post of CEO