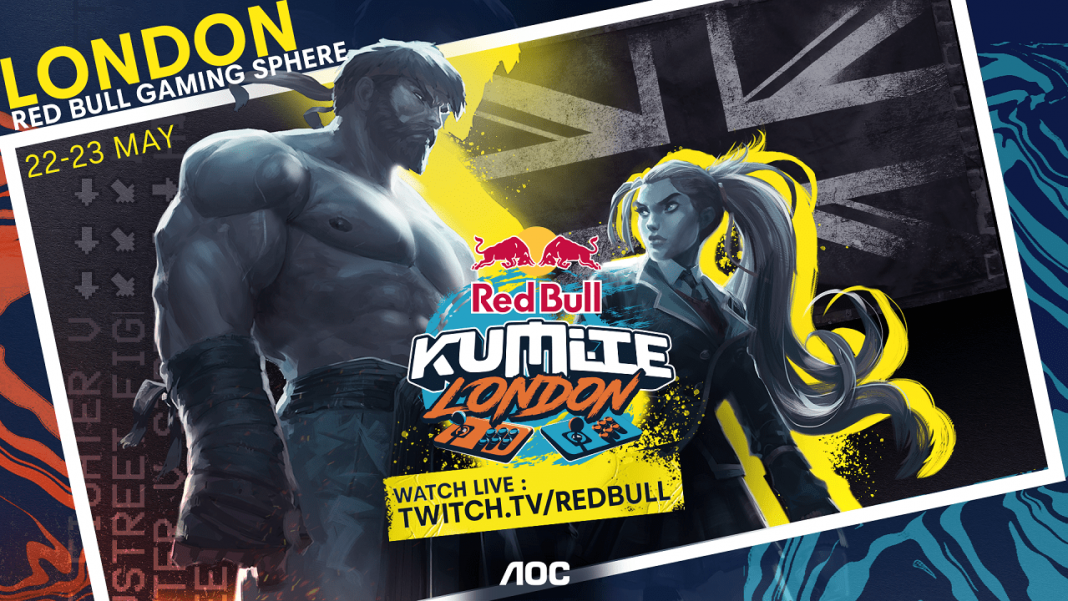 Red Bull Kumite London, an exciting new edition from the prestigious fighting game tournament, Red Bull Kumite, is set to head over to the United Kingdom from Japan for a spectacular two-day experience over the 22nd and 23rd May. The high-stakes invitational will include a Guilty Gear Strive showcase as well as one of the first major Street Fighter V tournaments of 2021. The weekend will be streamed live on Twitch and YouTube across both days from the Red Bull Gaming Sphere in London, which has also been transformed to match the spirit of the Red Bull Kumite legacy.

Red Bull Kumite London will bring together 16 of the best Street Fighter V competitors to battle live for fans to crown a single champion. Originally held in Paris from 2015 to 2018, the prestigious competition was moved to Japan in 2019 as a nod to ‘the spiritual home to Street Fighter’. For the 2021 edition, the legacy is coming to London!

To kick off the weekend, Red Bull Kumite London will feature an exclusive showcase of a new fighting game Guilty Gear Strive, incorporating competitions with pros, in-depth interviews with developer Arc System Works, and more. The showcase will host 12 prominent players from the Fighting Game Community, including some of the biggest names from the scene. The showcase will be streamed over a six-hour special show that will make sure fans and players learn everything they need to know ahead of Guilty Gear Strive’s official release in June 2021.

On Sunday, the action-packed Street Fighter V tournament will take place. One of the most exciting spectacles in the esports calendar, 16 players from across the globe will battle it out across a ten-hour live stream. The event will include 15 of the greatest players the game has to offer, as well as one additional UK player who has earned the place among the stars by winning the Last Chance Qualifier UK on 2nd May.