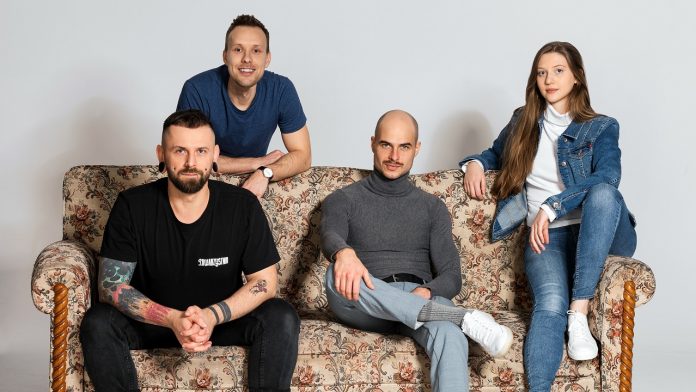 Live streaming sponsorships platform inSTREAMLY has raised a €1.1m seed round led by Supernode Global to expand into new markets.

Founded in 2019 by a team of live streaming and marketing professionals, inSTREAMLY has built a platform that enables all streamers – regardless of size – access to brands and to participate and execute sponsorships.

Colopl Next and PKO TFI were also involved in the investment round and previous pre-seed investment was secured from SMOK VC, which is run by Paul Bragiel, an investor in Niantic (PokemonGO), Unity, Uber, and Stripe.

The global live streaming market is valued at $70bn and expected to rise to $184.27bn by 2027. It is extremely difficult to execute brand sponsorship deals for the live streaming market, so typically only the largest streamers with millions of followers are able to work with large brands, leaving the majority of streamers without access to brand deals. With inSTREAMLY’S technology and platform, all streamers gain access to deals previously reserved for the top 0.01% and brands are able to access a large and highly engaged community of micro-streamers, delivering the same amount of impressions, but much better conversion rates than with larger streamers.

While the industry average CTR for paid ads is 0,7%, a recent campaign with 956 streamers achieved a 4% CTR, demonstrating that smaller streamers are able to draw more engagement, which brands such as Netflix, Samsung, PlayStation, Adidas, and Reebok, among others, are capturing through inSTREAMLY’s platform.

“I personally know how life-changing it can be for a small streamer to get their first revenue from streaming. It makes you believe that you can turn your passion into a career. With the new funds, we will be accelerating our expansion to new markets and aim to deliver the best opportunities to streamers worldwide,” says Wiktoria Wójcik, co-founder, inSTREAMLY.

“We see massive potential in how inSTREAMLY is democratising sponsorship opportunities for the live streaming ecosystem and believe the team’s deep understanding of the market and passion for streaming will be a key component to their success. We’re incredibly excited to lead this round and look forward to supporting inSTREAMLY as they expand their platform into new markets.” – says Phoebe Arkell, Supernode Global.

“Media agencies and large brands are currently facing difficulties in building a sales message that would be engaging for the Generation Z. inSTREAMLY fills this gap. The value of the Company is built for all current shareholders, and we believe it will be a part of inSTREAMLY global success.” – Krzysztof Tokarski, Managing Director at PKO VC.

Esports Entertainment Group Appoints Kaitesi Munroe to Board of Directors

Golden Matrix Reports Record Revenues of $1.1 Million for the Month of June, and...