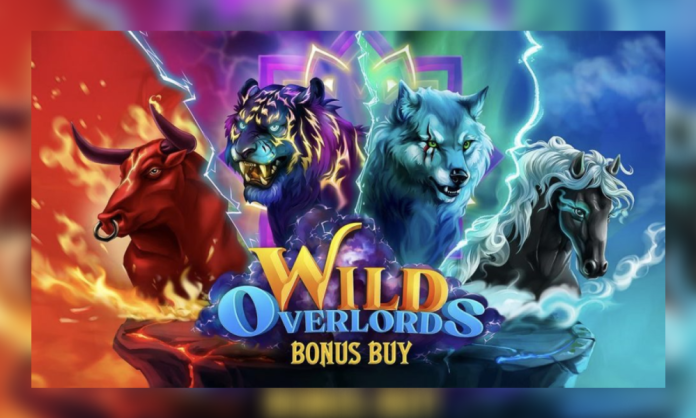 Evoplay casino games provider has announced a new video slots game release, inviting players to run with the pack in search of tasty wins in its latest release, Wolf Hiding.

Players will need to search for hidden riches revealed by the moonlight in the enigmatic woods, and to heighten the excitement, the title features a Mystery symbol, allowing players to clear the clouds and open up the starry night sky, triggering the Full Moon feature that delivers impressive wins.

When the Hidden feature is triggered, the Mystery symbols open to reveal either regular, Wild, or Full Moon symbols, which help to launch the Full Moon feature. Once underway, each position that a Mystery symbol appears in will spin and land on either a Coins symbol with a bet multiplier worth up to 2,500x, or a Free Spins symbol.

Commenting on the launch, Ivan Kravchuk, CEO at Evoplay, said: “We couldn’t be more thrilled with how the game has materialised, tastefully implementing the wild lifestyle of wolves into a neatly designed slot environment.

“Wolf Hiding brings something new to our portfolio while maintaining how an Evoplay product should look and feel, and we expect it to resonate strongly with a wide demographic of players.”

Launched in 2017 and already established as one of the industry’s most exciting studios, Evoplay slot game provider has won multiple awards for its approach to iGaming, including two 2022 EGR Marketing and Innovation Awards in June, as well as securing Best Game Design at the CasinoBeats Developer Awards in April.

VersusPoker Brings the Fun and Flexibility of At-home Games Online

PlayIllinois.com: $580 million January at Illinois sportsbooks marks the beginning of a year of...