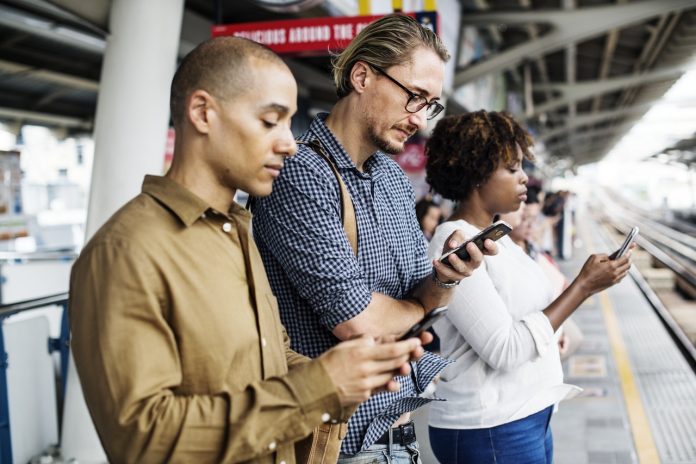 Pragmatic Play, welcomes players on an archaeological expedition in its latest slot release Spirit of Adventure. Set across a 5×3 grid, Spirit of Adventure’s reels are home to gems and diamonds along with historic relics that must form matching combinations across the title’s 10 paylines to award a win. Landing at least three bonus symbols in the base game will unlock eight free spins. Additionally, landing one island bonus icon will trigger the round with 12 guaranteed starting spins.

Watch the roads as Reflex Gaming and Yggdrasil have teamed up to unleash the Swinehouse brothers, Smokey, Streaky, and The Stud in the epic Motorcycle-themed slot Hell’s Hogs. The trio of outlaws patrols the highways in this 5-reel, 20 pay-line slots, helping those that dare share the road with them onto wins of up to 10,136x their stake by way of three lucrative bonus features. The Piggy in the Middle bonus sees the gang appear on their choppers and the ‘Piggy in the Middle’ has three headlights on his bike, each displaying multipliers and modifiers that enhance the player’s prize value. Players must hit a STOP button to land on a prize multiplier or a modifier.

Fantasma Games, the developer of slots beyond gambling, is taking players to a dark and mystical land where gems can be discovered and wizards work their magic to conjure plenty of big win potential with each and every spin. Magikspell, which is available via Relax Gaming’s Silver Bullet platform, sees players arrive at a foreboding castle set deep within a petrified forest. Those that dare to enter will find an unusual reel matrix of 3x4x5x4x3 with 20 paylines active.

Greentube, is transporting players back to ancient Egypt to worship the revered Egyptian god, in Book of Ra™ deluxe 10: Win Ways™. This adventurous new 10-reel slot is played across two sets of reels which promise unpredictable and lucrative outcomes thanks to the Win Ways™ mechanic that allows up to a staggering combined maximum of 251,957 ways to win. Book of Ra™ deluxe 10: Win Ways™ boasts Wild Transfers that see wild symbols land single, double, or triple stacked which will transfer over to the corresponding set of reels, should they happen to land on the first reel set.

Habanero has launched its latest title, Mighty Medusa – inviting players to enter the lair of the legendary gorgon in search of her riches. The 6×4 slot is packed with innovative mechanics, such as a 2×2 sized sticky Wild that arrives in the form of the legendary snake-haired gorgon and helps players land additional prizes in the Free Games round. Furthermore, a Duel Feature is triggered whenever Medusa and Perseus land next to each other on the reels, while a colossal 2×2 Pegasus serves as the highest paying symbol and can randomly appear on the first, second, fifth and sixth reels during the Free Games round, triggering huge wins.

MGA Games, has launched God of Seas for online casino operators in international markets. A production based on the theme of classical mythology leads players on an epic adventure alongside the all-powerful sea god, who descends into the abyssal depths to decide the fate of humanity. MGA Games has had the pleasure of collaborating with David Meca, the best long-distance international swimmer of all time, 28 times world swimming champion with more than 100 international titles and world records, who has lent his image to this new slot game.

Assemble your crew, plan your approach and spin your way to top prize of 12,000x your stake in The Crown starring Vinnie Jones – the brand-new heist-themed slot from award-winning software providers Swintt that comes locked and loaded with four different base games. Boasting a unique line-up of symbols that includes pints, playing cards, guns and crew members, The Crown enables players to travel to one of four base game venues as they build a team and plan their raid on London’s famous Crown Jewels. Players can navigate between the titular The Crown pub, Michael’s Whiskey Tavern, The Bullseye and The Drunken Duck, each of which offers its own unique wild symbol.

Apart from global slot successes with Wild Icy Fruits, Evoji, and Titan Roullette, Expanse Studios has another global hit in its offer – Circus Fever Deluxe. The game perfectly replicates the atmosphere of those crazy tents with unique acrobatics and animals. Although there are jokers around every corner as you got used to, for every other detail – this game is unique. It’s like a combo of an online slot and a pinball machine, with the circus joker and huge rewards in the main role.

Slotmill is delighted to announce the release of its latest game “Coin Quest” which is the first cluster game to be added to the Slotmill game portfolio. Set in an ancient Aztec temple, Coin Quest is a feature packed avalanche video slot with a 5×5 symbol grid. With three bonus games featuring e.g. a progressive multiplier and accumulating coins player excitement is maximized. Max win potential is capped at 10,000 times bet!

Hot on the heels of their latest release (“Steinreich”), Hölle Games are squeezing some more Classic Series magic into April with “Jolly Wild”. Jolly Wild is a 5×3 slot with 10 paylines and very high volatility. Perhaps the most striking of the Classic Series to date, the game features the titular “Jolly Wild”, a crazy looking character who acts as a wild in the base game and then transforms to a sticky wild in free spins.. Appearing on all reels, payouts can be absolutely royal depending on where Jolly Wild lands, with wins of over 4000x possible.

Stakelogic, the developer of chart-topping online casino content, is promising players some sweet, sweet wins in its latest slot release, Candy Wild Bonanza Hold and Spin. Players are faced with an endless supply of cookies, candy and gummy bears, and they can also take a bite out of the Chocolate Scatters that contain even more treats and prizes. Wins are paid based on the number of matching symbols that are in view with a max win potential of up to 20,000x the player’s bet.

Play’n GO embark on a rampage of rock with their latest Music IP title Lordi Reel Monsters. Mr. Lordi and his band of monsters rise from their slumber and beckon all trolls, monsters, demons and creatures to join them on their rampage of rock! Things are gonna get heavy… You may recognise the Finnish heavy-metal band from their entry in Eurovision 2006 with their iconic hit, Hard Rock Hallelujah. Their monstrous costumes and heavy tones make for pure entertainment and their new slot is no different.

Kalamba Games revisits the classic fruit machine style slot, with a hint of brand-new flavour in its latest release 9 Blazing Cashpots. This high volatility title is played across 6×4 reels and features symbols that pay homage to traditional slots, such as sevens, cherries and bells. A wild symbol is also present and can substitute all other symbols except the Cashpots and free spins bonus symbol, which aid in the creation of winning combinations across the title’s 40 paylines.

BF Games, the dynamic games development studio, is inviting players to flap their wings to hatch endless egg-citing surprises in its latest title Chicken Madness™. A ruckus has broken loose on the farm and players must hold their beak up high and brave the mayhem caused by the chickens who have plenty of rewards snug under their wings. A pesky fox, a hungry chef, and Mervin the Villager are after the chickens and the goal is to sneak past all those who want to get into their feathers, whilst keeping the prized treasures.

Pragmatic Play, adventures into a frozen wasteland where Vikings battle during a blizzard in its latest slot release North Guardians™.  The 5×5, 50 payline title features iconic Viking symbols such as axes, horns and more as players look to assist the Norse characters in their battle.    Two halves of a Viking rune move across the reels each spin and if landed on the same space, create a full rune unlocking the wild wheel, which when stopped, can place multiple wilds on the game grid in a random pattern.

iSoftBet, has taken an iconic retro theme and added some juicy twists in its latest release Triple Fruit Deluxe Megaways™. The 6-reel medium-high volatility Megaways™ title provides players with up to 117,649 ways to win and incorporates the popular cascading wins feature, alongside two random modifiers in Mega Max Megaways™ and Mega Mystery Symbols, both with an increasing multiplier. When three or more bonus symbols land on a single spin, the free spins mode is triggered, or if enough Stars are collected throughout baseplay in the special modifiers.

Blueprint Gaming’s newest Irish-themed slot release, 5 Pots O’Riches, offers a modern twist on a classic genre, including an additional prize reel that pays out golden riches whenever the lucky leprechaun is in view. While the base gameplay adopts an instantly recognisable 5×3 reel set, there are more chances to win with the extra top reel showcasing a mix of prizes. Should the cheeky leprechaun make an appearance in the base game, he will award the prize shown above the corresponding reel. These include the value of cash depicted on the symbol, as well as Emerald Wilds and access to Free Spins, or even every item listed.

Red Tiger has launched a dragon-themed slot named “Dragons Clusterbuster” that is sure to delight players – and set a few reels on fire! Full of fantastical features, swooping dragons and a prize-giving Clusterbuster mechanic, this game will transport players to a world where mythical creatures hold sway. All the amazing features that players can enjoy during this game are initially locked. To unlock them and experience some fiery prizes, players will have to hatch the Dragon Egg in the middle of the reels.