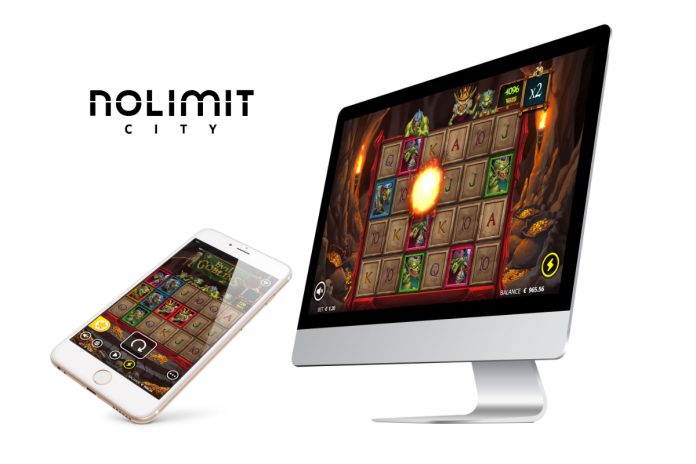 One fiery release after another, the Malta-based studio is ready to unleash yet another slot that will blow everyone away. With the gold being captured in their latest release; Das xBoot, they now face an even bigger problem. Evil goblins are out on the loose, and they’re eating their way through anyone that interferes. Evil Goblins xBomb is where you’ll truly test your luck.

The providers never fail to take its players on a wild ride through all these distinct concepts and unique settings that will pique your attention no matter what your interests are! From being tossed around in the roughest of waters, to being dumped into a dark and mysterious cavern filled with blood hungry creatures looking for their next delectable meal. Shakily hanging onto your pitchfork, you need to tread very carefully within these narrow walls, one wrong move and you might find yourself tied up and ready to be devoured.

Evil Goblins presents a 6×3+ reel set layout with a total stimulated max pay-out of 31,969x. The xBomb® mechanic makes another comeback in a bigger and better way. Paired with features such as the Evil 4, which is triggered when all goblins at the top of the reels are matched. Multipliers will increase by 1 each time a matching goblin appears on the top reel. Evil Goblins xBomb will offer players the ability to trigger Fresh Meat Spins where you get 8 spins with a Dead Wild on each spin, putting you in a very high chance of getting a Goblin Sacrifice along with an xBomb to trigger.

Per Lindheimer, Product Owner at Nolimit City, said: “Naughty and packs a punch with xBomb and an increasing reel area along with its win multipliers. Evil Goblins will be an adventurous encounter with loads of exploding cascades and gnarly bonus modes”.

Evil Goblins xBomb® will be available on all Nolimit City partners from October 12th, 2021.

Champion Gaming Celebrates 20 Years of Advanced Football Analytics with Announcement of The Historical...