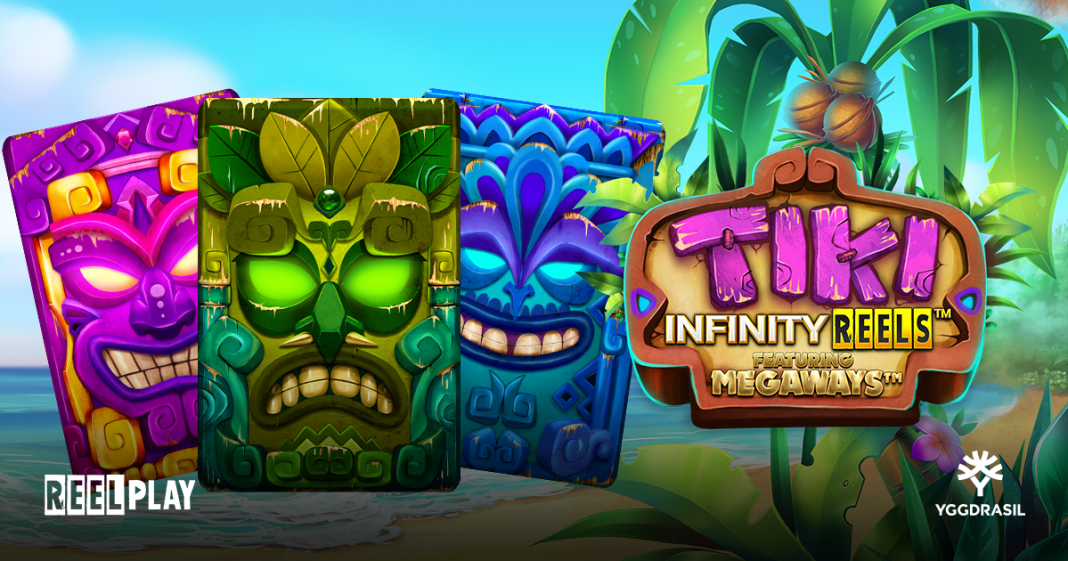 Taking place in a south pacific island, the 3×3 grid adds an extra reel for every winning combination, while also triggering a respin. This sees reels expand continuously until wins are no longer possible, adding an increasing multiplier for every successful spin for huge wins.

If 12 or more reels are present as a result of increasing wins, an Infinity Bonus of 888x is awarded to players immediately.

A Volcano win triggers 10 free spins, with an additional spin awarded every time two new reels are added in a single spin. Any Volcano win grants players four more spins. The infinity multiplier count is not reset at the start of free spins and can continue to rise for huge wins throughout the bonus round.

Stuart McCarthy, Head of Product and Programs at Yggdrasil, said: “ReelPlay’s Infinity Reels games have been really well received by our partners across the network and we’re delighted to roll out this Polynesian adventure which offers players huge win potential.

“The fun theme, engaging mechanics and potential for a monster win on every single spin is a true recipe for success and we’re delighted with this game.”

“Things heat up when Volcanoes appear on the reels and we can’t wait to see how our fans react to our hottest hit to date!”

Evoplay Entertainment joins forces for Italy with The Ear Platform