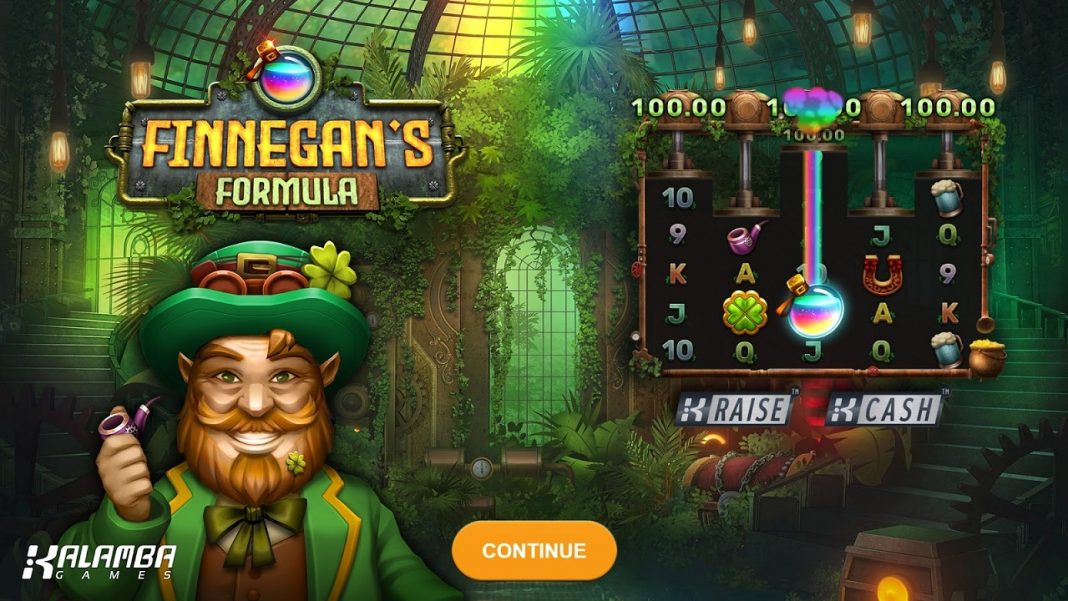 Fusing the perennial fan-favourite Irish theme with Steampunk vibes, Finnegan’s Formula takes players on a mysterious adventure throughout the titular character’s lab home as he brews magical vials of his secret elixir, which boost win potential.

The K-Raise feature requires players to collect vials of formula to raise the columns for extra ways to win, while hitting an empty vial wins the cash on offer and resets the column.

K-Cash challenges the player to hit those same vials to build up the K-Cash meter for a chance of winning a cash amount and raising the column height.

Signature Kalamba feature HyperBonus is back and takes the player straight through to the free spins game for even more ways to chase the formula and win.

Alex Cohen, COO and Co-Founder at Kalamba Games said: “Like all the games we create at Kalamba, and the potion Finnegan prepares in his lab, our latest game has just the right blend of fresh gameplay, visuals and features to keep players on the hunt for the precious vials.

“With a volatility level that’s as high as the in-game columns, Finnegan’s Formula is the perfect recipe for player engagement. It’s a lucky Irish steampunk extravaganza like no other!”