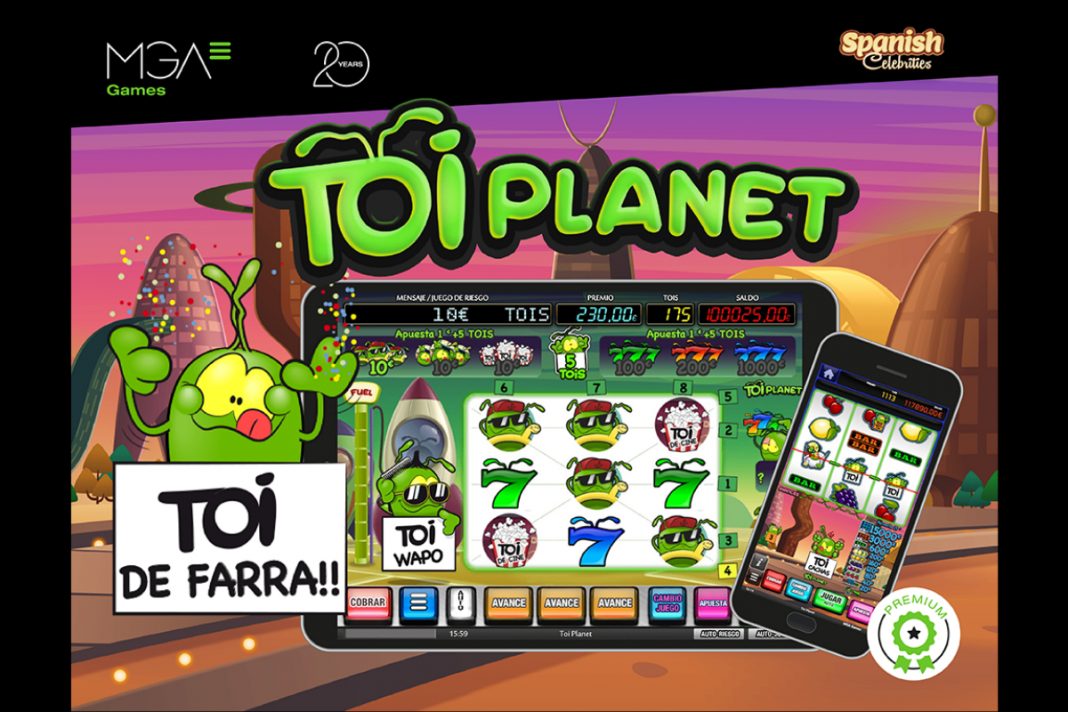 TOI SLOTAO, TOI SORTUDO… as soon as online casino customers from all over Spain start playing the MGA Games‘ latest creation, TOI Planet, how they talk will change forever!

The main character for the new instalment of the Spanish Celebrities series is the famous, friendly green character, with bulging eyes and flexible antennas that was designed by the visual communicator, Jordi Català, and that appeared on 150 million stickers of a well-known brand of snacks. The TOI’s character was unique and was a real success in the 90s in Spain and Portugal. The characters were considered precursors for the emojis of today and continue to be popular generation after generation. On its 30th anniversary, TOI was translated into five languages, and now has its own mobile applications and social networks with profiles on Facebook and Instagram.

For TOI Planet, MGA Games used a selection of the 30 most fun and friendly TOI characters, collaborating directly with the artist Jordi Català who has also designed three characters exclusively for TOI Planet. Will players be able to guess which ones they are?

The phenomenon of the TOI characters has made this new MGA Games production a sensation in online slot games. Players will travel with the TOI characters on an intergalactic adventure. They will have fun with the mini-games included in the game while discovering the incredible TOI universe. In each mini-game there is a new planet to be discovered: Beach Planet, Cinema Planet, School Planet and TVShow Planet.

TOI Planet is a 3-reel Spanish slot machine game with a top prize of 15,000 euros and medium volatility. This latest game from MGA Games is available to all Spanish online casino operators, starting on Monday, March 29th.

ODDSMAKERS FACTOR IN MIXED HOME FIELD RESULTS AHEAD OF NFL’S WEEK 2, ACCORDING TO...

A wave of Endorphina games for the Belarus market!