Home Latest News Playson bows down to the queen in Legend of Cleopatra: Megaways™ 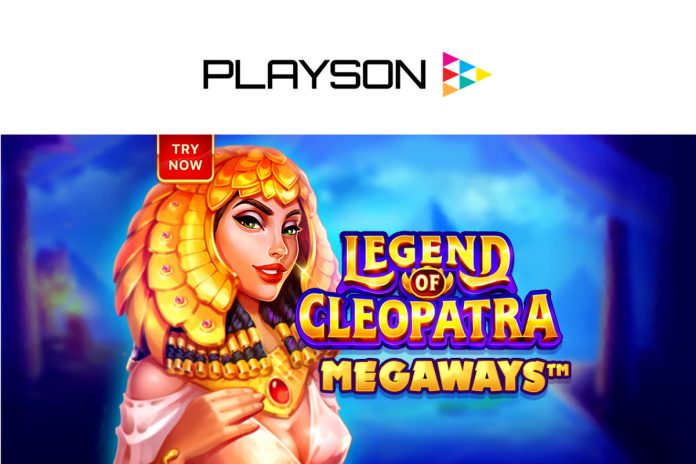 Casino games and software developer Playson has launched its latest engaging slot game, Legend of Cleopatra: Megaways, the first title from the company to feature the player-favourite gaming mechanic.

The original hit, which invites players to uncover riches buried in the sands of ancient Egypt, has now been enhanced to provide time-travelling gamers with even more ways to discover prizes fit for a Pharaoh.

The Top Bonus Row located above reels 2,3,4 and 5 grants several bonuses. When collapsing, Scarab Badges from the symbols increase the round win multiplier in the Main Game. The game’s Bonus Free Spins mode commences when all symbols in the Top Bonus Row collapse and grants 12 free spins, with winning multipliers accumulated until the end of the mode.

This new release marks the company’s latest move to further diversify its games offering and follows on from the widely anticipated launch of its recent hit, Solar King, the latest addition to its highly acclaimed Solar series featuring the top-performing Solar Queen.

Vsevolod Lapin, Head of Product at Playson, said: “Legend of Cleopatra: Megaways mechanic, as well as a treasure-trove of fresh enhancements.

“The launch helps Playson’s highly innovative content offering, which has been nominated for a host of industry awards, continue to captivate an ever-growing audience.”

US Bookies Starting to See Interest in Esports Rise Dramatically