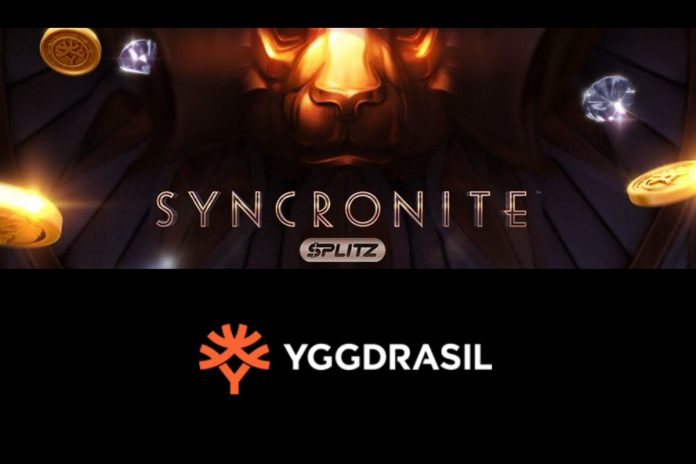 In Syncronite, players are invited to a luxury art-deco environment with atmospheric music and beautifully designed diamonds and casino chips filling the reels. All to create a premium feel without skimping on exciting gameplay.

Yggdrasil’s Splitz symbols are only available on synchronised reels, meaning you will always land Splitz

Another exciting feature in Syncronite is Synced Reels, which gives two to six synchronized reels on every spin. The synchronised reels will all land the same set of symbols, leading to massive Big Win potential, especially when landing Splitz

Syncronite is the latest Yggdrasil slot to use its proprietary Splitz, as well as its plethora of YG Masters content.

Jonas Strandman, Senior Games Strategist at Yggdrasil, said: “Syncronite is a game for the true casino lover with a premium design and high gambling value. The mechanics are all familiar to players, but the combination of Synced Reels and Splitz is a killer combo, giving so many thrills and excellent win potential. Do you know any other game that can pay out 64,800 times the stake in one single hit, straight from the base game?

“Despite the insane win potential, the game will be easy on the players’ bankroll, giving decent mid-sized wins often enough to keep the interest up. Syncronite is an impressive production with balanced math and classic gambling excitement. It’s a game that all player types can appreciate and love.”

The pitfalls you need to avoid if you are looking for a new online...

LeoVegas is launching a new campaign concept and introducing “Leo” as the company’s Chief...

MGA Games strengthens its presence in Portugal with 888 Portugal

It’s an all-rounder! Ezugi bowls up a winning combination with their new game Cricket...