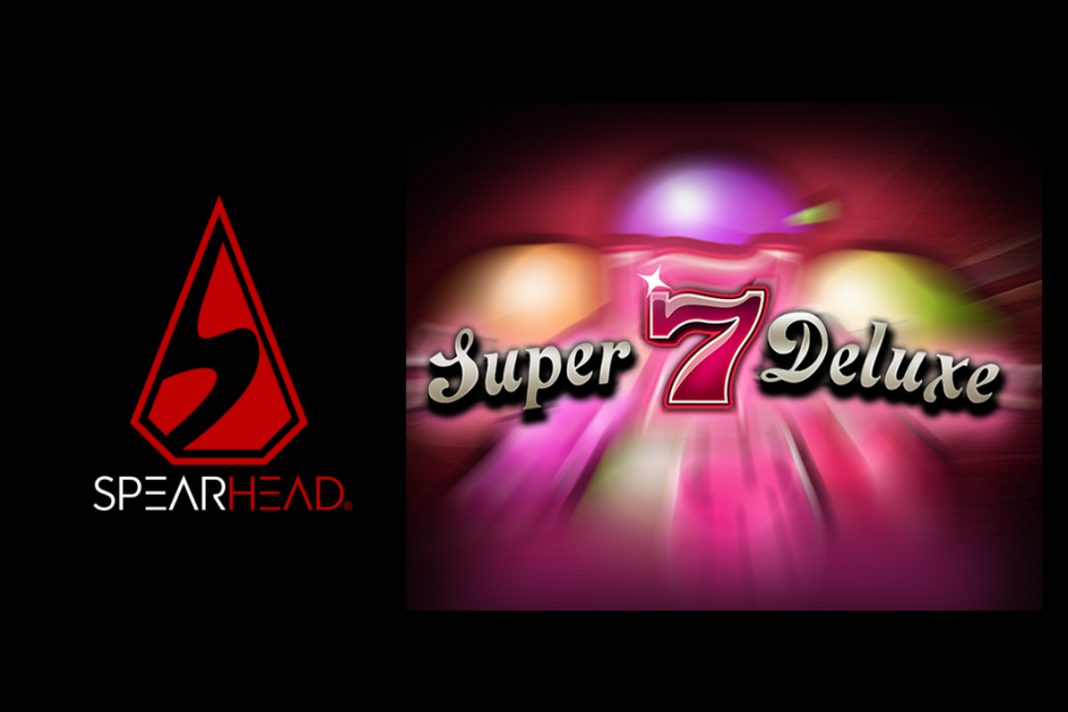 Spearhead Studios announces the release of Super 7 Deluxe, the fifth game of the Super July campaign. Following the launch of other 4 titles, Super 7 Deluxe is the last title of the month and will be targeting several European markets.

Super 7 Deluxe is a classic fruit slot with an RTP of 95.81%. The title is both fun and simple to master, especially by novices or frequent online players.

Mathias Larsson, Managing Director of Spearhead Studios, says:“July was a busy month, but I am thrilled to now have launched 5 new titles in our portfolio. Super 7 Deluxe is another game we built for the German and Eastern European market. Players will recognize typical symbols for these markets but with an updated game play and graphics in comparison to other top games competing in the space.”

Kevin Corti, Game Development Director at Spearhead Studios,comments:“Super 7 Deluxeis a 5×4 videoslot with a modern take on the old school classic fruity. The game features stacked symbols on all reels, a ladder and card gamble, and generates super-appealing wins of up to 5,000x the player’s bet”.

Mark Brosnan Steps Down as CEO of Matchbook