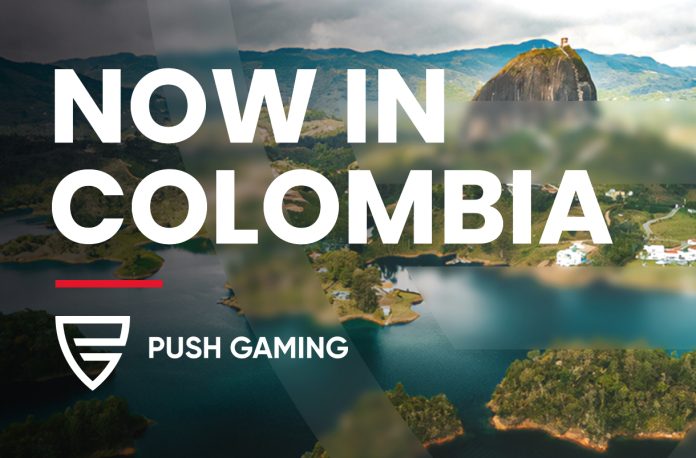 B2B gaming supplier Push Gaming has taken the latest step in its global growth, launching into Latin America with one of Colombia’s leading operators, Rivalo.

Rivalo will begin to integrate Push Gaming’s innovative titles such as the highly anticipated upcoming releases Mad Cars and Deadly5, along with recent hit games like Big Bamboo and Bison Battle and player favourites such as Jammin Jars’ and Razor Shark.

The latest in a succession of market entries for Push Gaming builds upon its ambitious expansion plans and the partnership marks its first venture into the potential-rich and burgeoning Latin American market.

The agreement will allow Push Gaming’s player-first portfolio of titles to be played by Colombian customers for the first time and is the latest in a series of commercial partnerships in both the Latin American market and globally.

Commenting on this latest partnership Fiona Hickey, Head of Sales at Push Gaming said: “We are incredibly excited to be working with Rivalo. This agreement marks the beginning of our expansion in the regulated Colombian market and serves as a precursor to our exciting plans for growth across the Latin American region.

“Rivalo’s player base will be the first to enjoy our extensive, high quality and award-winning titles. We look forward to seeing how new players react to our games”

Felipe Agüero, Country Manager at Rivalo said: “We are proud to be working with Push Gaming in this capacity, being the first casino chosen to supply their games in the Colombian market demonstrates our market-leading position and global standing.

“Our customers appreciate entertainment and engaging features, integrating Push Gaming’s innovative and expansive portfolio of titles into our already existing offering seems like a perfect partnership.”

Established as one of the industry’s most entertaining suppliers, Push Gaming is live across the majority of Europe’s key regulated markets with the likes of LeoVegas, Entain, 32red, 888, Casumo, Betsson, Svenska Spel and PaddyPowerBetfair.

DOGA Chief Executive on the Future of Denmark’s Gaming Code