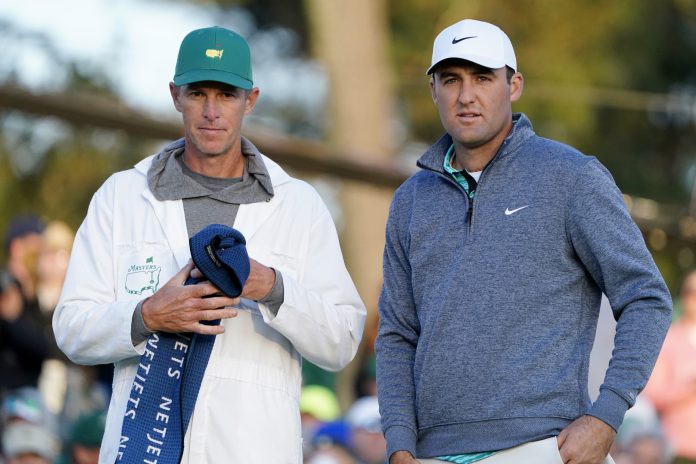 Masters champion Scottie Scheffler and Spaniard Jon Rahm are the oddsmakers’ consensus favorites to win the PGA Championship this week at Southern Hills Country Club in Tulsa, Okla., according to TheLines, which tracks odds in the U.S. regulated sports betting market.

Scheffler, who entered 2022 without a PGA Tour win in his career, has now won four times and ascended to the No. 1 world ranking. Both Scheffler and Rahm are listed at +1100, according to a consensus of the nation’s largest legal online sportsbooks — including DraftKings, FanDuel, BetMGM, BetRivers, Caesars, and PointsBet. That means a bettor will win $1,100 for every $100 wagered should Scheffler or Rahm claim the Wanamaker Trophy.

Also at +1800 is Jordan Speith, who needs a PGA Championship to complete the career Grand Slam. Spieth missed the cut at The Masters but rebounded to win the following week, and he finished second over the weekend at the Byron Nelson Championship.

Tiger Woods, who shocked many by not only playing at The Masters, but also making the cut, is +6000 at this week’s PGA. This will be just his second start since the devastating car accident 16 months ago.

The PGA Championship will not have a back-to-back winner after Phil Mickelson — who stunned many last year with a win at Kiawah Island, South Carolina — withdrew from this year’s event. Mickelson has not played a PGA Tour event or major championship since his controversial comments about the Saudi Arabian government and his connection to LIV Golf, the Saudi-backed rival to the PGA Tour.

“There will be a lot of talk this week about who is not playing, and the fact that Tiger Woods is playing,” said Brett Collson, lead analyst for TheLines. “While the PGA has had its share of longshot winners in the past, golf hasn’t really had a surprise major champion since Gary Woodland won the 2019 U.S. Open. There is value down the board, but bettors will likely focus on the top of the board when picking a winner this week.”

As for the course, Southern Hills should prove to be a strong test, playing at more than 7,500 yards this week.

“As it relates to Southern Hills, the 2022 PGA Championship is a perfect amalgamation of the characteristics of each of the other three Majors,” said John Haslbauer, who writes about golf wagering and advanced golf metrics for TheLines. “It has the expansive undulating fairways and around-the-green premiums of Augusta National, it has the tight greenside runoffs and exposure to high winds which we’re accustomed to seeing at The Open, and it’s been lengthened to a point where distance will provide a distinct advantage, just like the U.S. Open.”

The consensus odds for the favorites to win the 2022 PGA Championship as of May 16:

Spain’s Christmas Lottery to Pay Out €2.41bn in Prizes

MGA Games and Latamwin to launch a content partnership