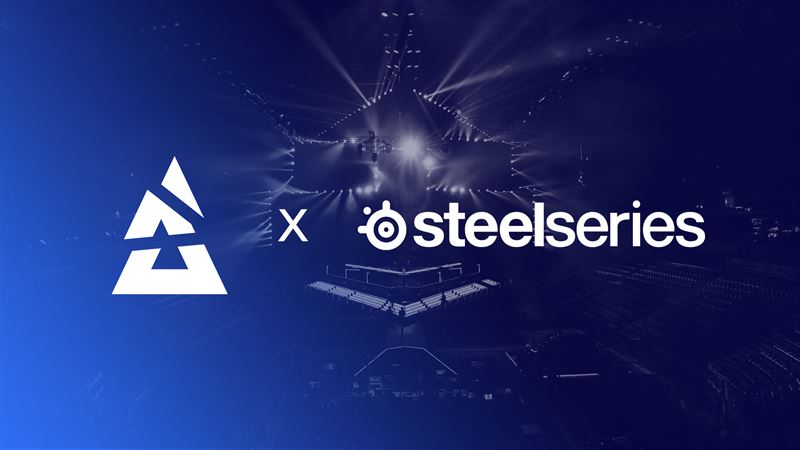 Reading Time: 2 minutes
SteelSeries will serve as the Official Mice, Keyboard and Mousepad Partner for the Counter-Strike Fall Season

The multi-event deal will see SteelSeries further boost BLAST’s growing global portfolio of partnerships. The Danish gaming peripheral manufacturer will collaborate with BLAST on events and brand activations, and engage with BLAST’s community of Counter-Strike fans. Additionally the brand will showcase their industry-leading keyboards, mice, mousepads, including the award-winning Prime Pro Series line of mice that revolutionized gaming mice technology with the first-ever Optical Magnetic switches in esports.

Throughout the Fall 2021 season, SteelSeries will have a presence at the Fall Showdown (October 12-17) and Final (November 24-28), and activate at BLAST Premier’s eagerly anticipated return to arena events at November’s Fall Final in Copenhagen’s iconic Royal Arena – including a number of fan engagement initiatives, giveaways and a designated space at the venue to activate around.

Sharing a passion for innovation and esports with BLAST, SteelSeries has been creating firsts in gaming and esports for 20 years. Celebrating its 20th anniversary as the original esports brand in 2021, SteelSeries has built its name and reputation on challenging the status quo, creating innovative products that push boundaries and professional gaming further, and helping to make gaming more competitive and compelling for viewers and players.

BLAST and SteelSeries first teamed up for the BLAST Pro Series Copenhagen in 2019 and followed this up by partnering at last year’s online Dota 2 tournament Bounty Hunt.

Oliver Clarke, Head of Brand Partnerships at BLAST, said: “It’s a hugely exciting time for BLAST Premier with the start of our Fall Season and the imminent return of fans and arena events ahead of November’s Fall Final in Copenhagen. We’re thrilled to welcome back such a reputable global brand like SteelSeries and have some exciting plans lined up for the partnership during this period.”

“As the original esports brand, we seek to inspire through our innovation and creativity, through our products, and with our partners,” said Tony Trubridge, Global Esports Director at SteelSeries. “There are many synergies between BLAST Premier and SteelSeries and the Fall 2021 season marks the perfect opportunity to collaborate.”

BLAST Premier is a worldwide Counter-Strike tournament series that unites all major events, offers opportunities to all regions across the globe and crowns the world champions of CS:GO. Up to 32 teams will take part in the seven BLAST Premier events over the course of 2021 with a combined prize pool of $2,475,000 on the line.

Indian Police Arrest 3 for Online Gambling with “Links to China”