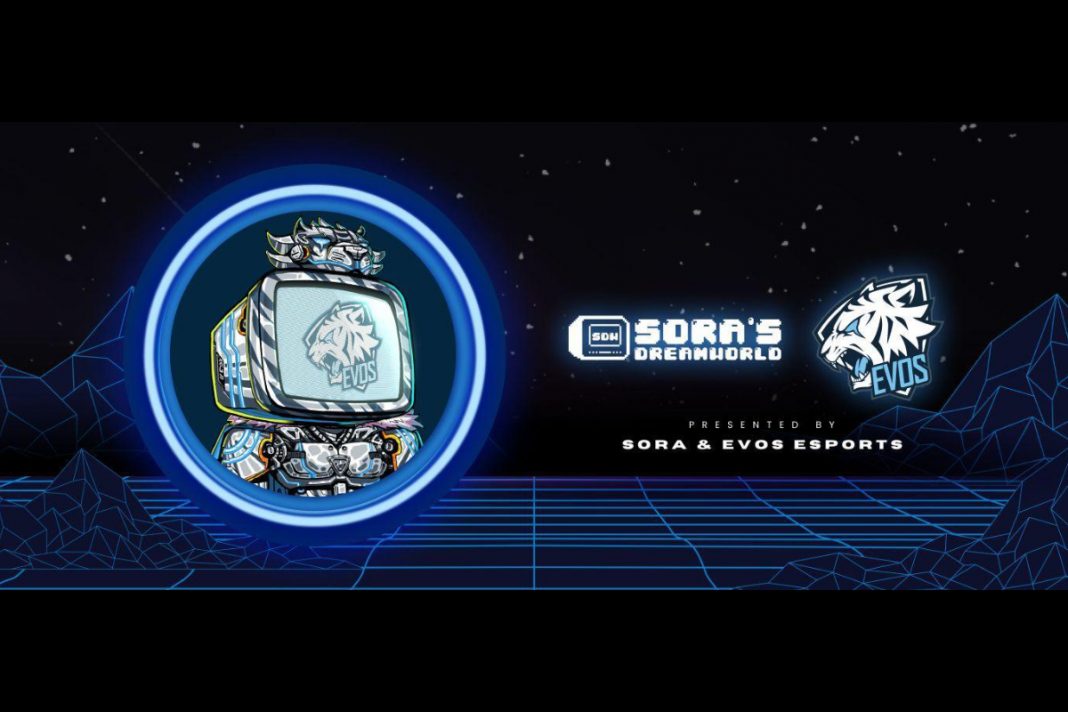 The collaborative effort will include a customized 1/1 EVOS Esports themed avatar that will be included into the project of 10,000 unique Generative NFT’s minted on the Ethereum Blockchain.

In addition, 5 customized honorary dream machines will be minted separately from the project for team members, coach and CEO of the EVOS brand which will be used as PFP’s for upcoming tournaments.

This will be the 2nd NFT project for EVOS Esports will be collaborating with and Ivan Yeo, CEO of EVOS Esports noting that he is extremely excited with this upcoming launch.

“Shortly after our first announcement, we received many offers for collaborations, but Sora’s Dreamworld really spoke to me as a brand & on a personal level. Their vision goes inline with what EVOS Esports stands for, hard work & determination,” mentioned Ivan Yeo.

Sticking true to its name, Sora’s Dreamworld attempts to revisit the magic of childhood/teenage memories by infusing the style of Lo-fi aesthetics and pop culture using over 200 hand illustrated traits by their in-house team of talented artists.

The roadmap has plans to delve into the metaverse realm as well as charity donations. After all, recreating precious memories, bringing kindness and positivity is what they excel at.

FBMDS and Playtech sign a strategic alliance to impact the iGaming global...