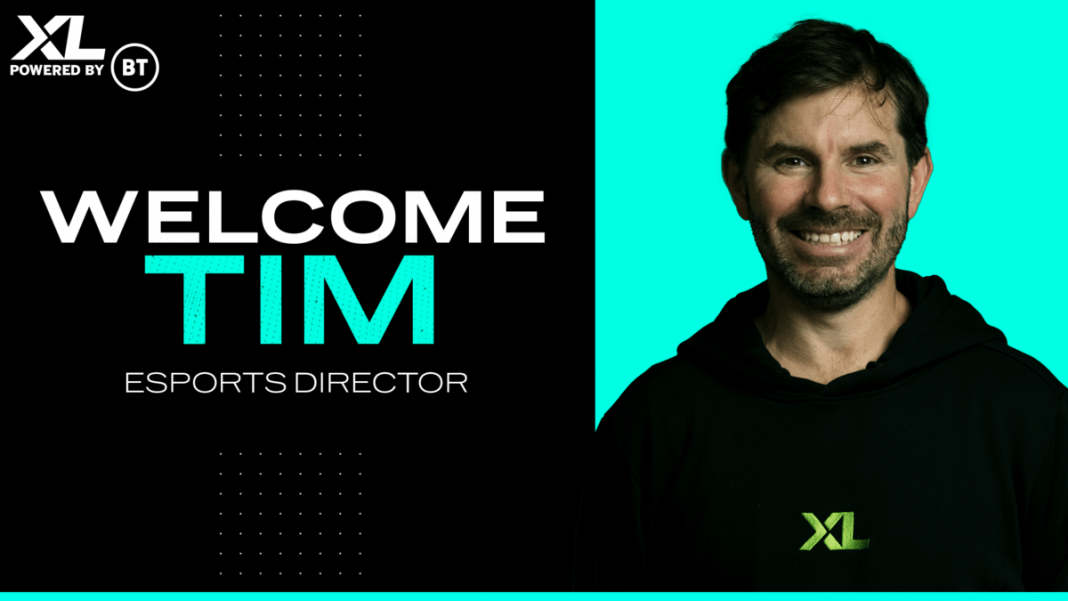 Reichert brings over 20+ years of extensive experience across esports and sports performance management marking EXCEL ESPORTS’ commitment to the competitive success of all of its rosters.

British competitive gaming culture brand EXCEL ESPORTS is pleased to announce Tim Reichert has been appointed as its new Esports Director as the brand looks to elevate its competitive ambitions. A true industry heavyweight Tim joins EXCEL following over five years at German-based esports organisation, FC Schalke 04 Esports, where he oversaw the successful growth and development of its esports rosters.

Tim burst onto the esports scene in 1997 after co-founding esports organisation SK Gaming alongside his brothers, Ralf and Benjamin Reichert. SK Gaming has gone on to become a European powerhouse creating lasting legacies in multiple gaming titles. Tim then turned to his second passion in life, sports, where he became a professional footballer playing for the likes of Rot-Weiss Oberhausen. After nine successful years in football, Tim completed a five-year stint as a client consultant at the biggest media company in Germany, Mediacom & GroupM.

In his most recent role, Tim utilised his knowledge and experience from esports and traditional sports to become Head of Esports at FC Schalke 04 Esports. During his time at the organisation, Tim oversaw the success of its League of Legends team’s which included five appearances in the prestigious League of Legends European Championship playoffs and top place final finishes in 2018 and 2019.

As Esports Director Tim will focus on driving the overall success strategy across all of EXCEL’s competitive rosters and talent. This includes ensuring the players mental and physical health, education, data, personal development, living conditions and access to top tier training facilities are at the forefront of importance.

The appointment of Tim follows the recent growth of EXCEL’s competitive rosters, the expansion of its talent and leadership team as well as a successful €20M investment round. EXCEL recently completed the biggest FIFA transfer ever, signing FIFA professional Tom ‘Tom’ Leese. The growth signifies EXCEL’s commitment and ambitions to field players in the biggest and best esports in the world.

Tim Reichert, Esports Director at EXCEL ESPORTS comments: “I am excited to be joining the EXCEL team as the new Esports Director bringing extensive experience from two top tier esports organisations. EXCEL’s unique positioning as one of the strongest economies in Europe with its strong management team and support network makes it very well prepared for the future and the opportunities to recruit top tier talent are endless. I believe EXCEL’s leadership team and I share a similar competitive vision and I look forward to ensuring EXCEL continues to strive forward and develop its players to compete on the biggest stages in the world.”

Wouter Sleijffers, CEO of EXCEL ESPORTS comments: “We are absolutely thrilled to have Tim joining EXCEL’s senior management team. Whilst EXCEL ESPORTS is rapidly expanding to become a global force out of Britain, clearly, we need to level up to compete with the world’s best. Tim brings a wealth of experience across both esports and sports industries, and we believe Tim is the perfect person to take us to the global top and support our competitive talent in their careers. With all that Tim has to bring, I look forward to working with him to build on our continued success.”