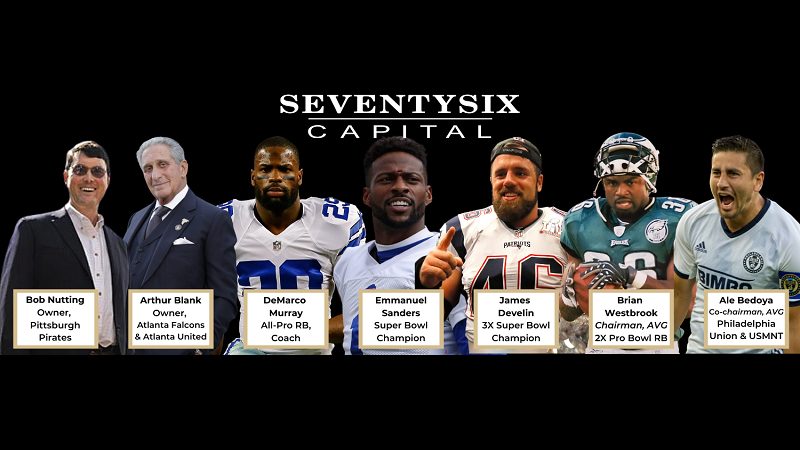 Investors include pro team owners, athletes, and the Commonwealth of Pennsylvania

“This next fund is an important milestone as we continue building SeventySix Capital as the go-to investment company in the sports industry,” said Wayne Kimmel, SeventySix Capital Managing Partner. “We have proven that we have access to the deals and entrepreneurs seeking to transform the sports world and that we are able to help them build their businesses with our capital investment as well as our sports relationships, knowledge and expertise.”

SeventySix Capital added two additional professional sports team owners as investors and strategic partners in the new fund: Robert Nutting, Owner and Chairman of the board of the Pittsburgh Pirates of Major League Baseball and AMBSE Ventures, a subsidiary of AMB Sports + Entertainment, a portfolio company of Arthur M. Blank, Owner and Chairman of the Atlanta Falcons of the National Football League and Atlanta United FC of Major League Soccer. d

“I’m excited to officially join the already dynamic team at SeventySix Capital that I have gotten to know well over the last several years through my marketing agent, Dave Maryles (Partner at Rubicon Talent),” said Emmanuel Sanders. “Given my personal passion for esports, it’s great working with Nerd Street, their esports portfolio company. We share similar values and interests in entrepreneurship, the sports business, and overall the drive to work hard to achieve lofty goals.”

This new fund will invest in startup companies that are disrupting and innovating the sports industry through the use of analytics, data and technology. SeventySix Capital aims to capitalize on the growing legal sports betting industry in the United States. The American Gaming Association (AGA) confirmed that U.S. commercial gaming revenue for the first seven months of 2021 nearly matched the entirety of 2020 and is 17.4 percent ahead of the same period in 2019, with 26 states (and Washington D.C.) having launched regulated sports betting. DraftKings (NASDAQ: DKNG) believes the US online sports betting market could eventually be worth $22 billion, assuming 100 percent legalization. The fund will also make investments in companies seeking to transform the fast-growing esports and Gaming industry. Gaming analytics and market research firm Newzoo stated that close to one-third of the global population games and the U.S. Video Game industry in 2020 was larger than Music and Movies combined, according to The NPD Group.