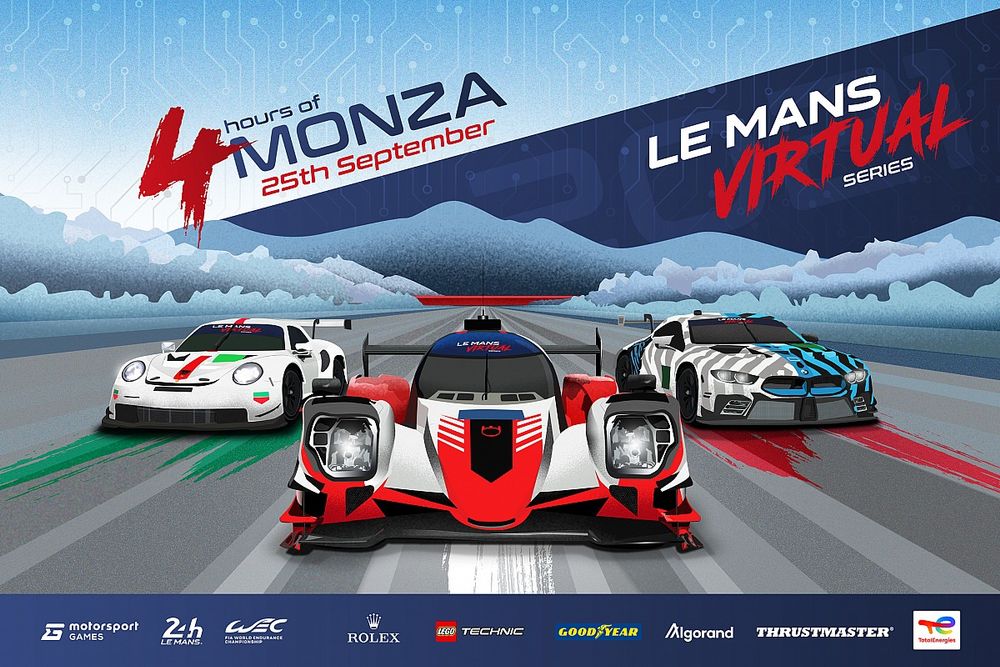 The entry list for the opening round of the recently launched Le Mans Virtual Series, 4 Hours of Monza, has been published (HERE) and the high level of both real life and sim drivers due to compete is a great indication of how closely contested the series is likely to be from start to finish.

Louis Deletraz (last year’s 24 Hours of Le Mans Virtual winner and, with team mate Yifei Ye, newly crowned ELMS LMP2 Champions), Sergio Sette Camara (Formula E), Beitske Visser (W Series and WEC), Will Stevens (WEC and ELMS), Bruno Spengler (former DTM champion and IMSA competitor), Jan von der Heyde, Michi Hoyer and Nuno Pinto (multiple championships in sim racing between them) are just some of the well-known names from the real and virtual racing worlds who will line up for the start on sim rigs across the world.  Bringing perhaps a ‘home’ advantage will be Porsche Esports Team’s Ayhancan Güven who is racing in the Porsche Carrera Cup at Monza this weekend and will therefore be participating in the LMVS event on site, joined by his sim racing teammates.

The race takes place this coming weekend on the rFactor2 platform at the virtual Autodromo Nazionale Monza and coverage will begin from 12:30 pm on Saturday, September 25.  Built in 1922, the real Autodromo Nazionale Monza is the true Italian temple of speed and is unmatched around the globe for its history and the passion it invokes in motorsport fans.  Expect no different from everyone involved in this new endurance esports series!

A total of 38 cars will battle it out in two different classes – 21 in LMP2, with all competitors using an ORECA 07 LMP2 model, and 17 in LMGTE with teams having a choice of Ferrari 488GTE, BMW M8 GTE, Porsche 911 RSR GTE, Corvette C8.R and Aston Martin Vantage GTE.  Negotiating through the traffic at famously challenging sections of the track such as the Variante del Rettifilo (the chicane at the end of the pit straight), the Variante della Roggia and the Curva Parabolica will add to the tension and drama expected in the race.

Free practice sessions will be run on Thursday and Friday, with a one-hour test race taking place on Thursday evening to check servers, systems and communications for both the sporting and broadcast teams. Qualifying is on Friday September 24 from 6:00pm British Summer Time (BST) (19h00 CEST, 1:00 pm Eastern Time) with the session being broadcast live.  All the race action can be followed from 12:30 pm (BST) onwards on the FIA WEC and TraxionGG’s YouTube channels, on twitch.tv/traxiongg, and on multiple social media channels.  More details on these will be released in the coming days.

Play’n GO Return to Asgard with Odin: Protector of the Realms