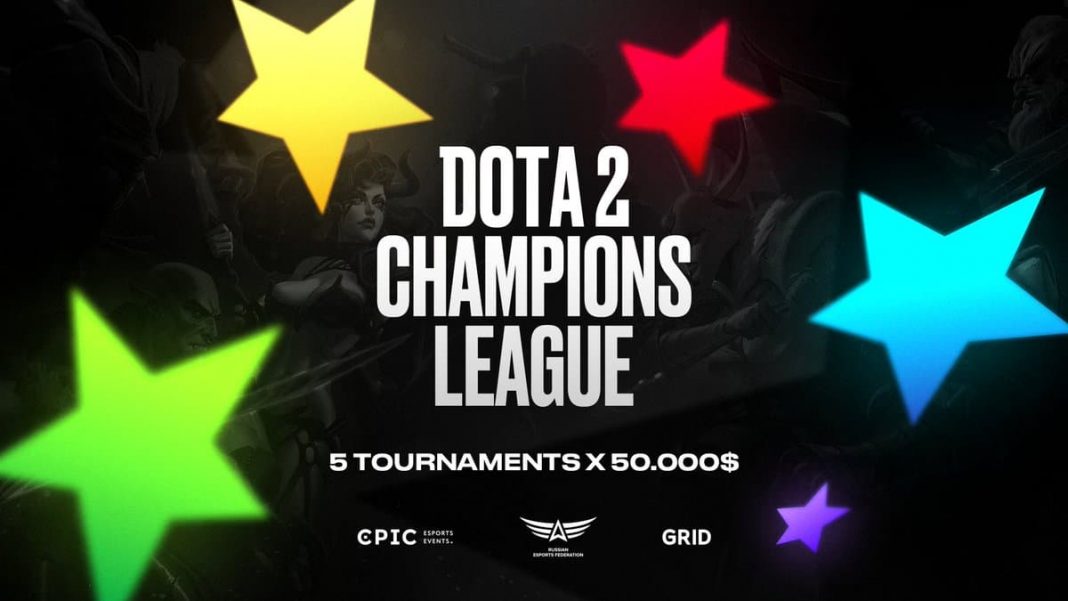 Epic Esports Events tournament operator with Russian Esports Federation support will hold a series of Dota 2 Champions League tournaments. 5 championships will be organized with a total prize pool of $250,000. The Russian-language tournament broadcast will be conducted by RuHub Studio, English broadcasts will be organized by The EsportsBible (TEBTV). Epic Esports Events has also partnered with GRID esports who will be the exclusive data partner for each event.

The first Dota 2 Champions League tournament will be held from July 19 to August 8.

In each tournament 10 teams will compete in the group stage: 9 invited teams and one open qualifiers winner. Among the confirmed participants: HellRaisers, PuckСhamp, Winstrike, Team Unique, EXTREMUM, Nemiga и Gambit. The rest of the invited teams will be announced later.

The group stage matches will be played in the Round Robin system in the bo3 format.

8 group stage participants with the highest number of points will advance to the playoff stage, where they will compete in Double Elimination bracket, in the bo3 format up to and including the semifinals. The final match will be played in the bo5 format.

Qualifier matches will be Single Elimination bo1 up to the semifinals, from then teams will play bo3. The dates of the open qualifiers will be announced soon.