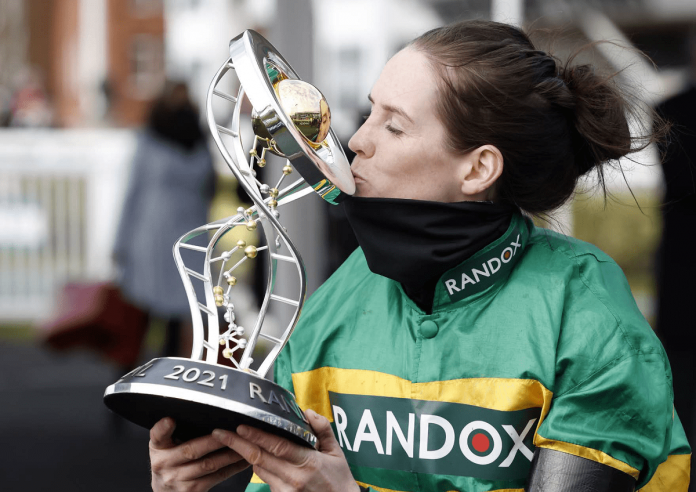 The Randox Grand National Festival and the Cheltenham Festival has brought unprecedented interest in horseracing from audiences stuck at home, according to Racecourse Media Group (RMG), which described the last few weeks as a “watershed” period for the sport.

With most of the nation at home due to lockdown restrictions, which have resulted in the closure of retail betting shops, pubs and clubs, and exclusion of spectators at the racecourse, media distribution has been critical to bringing the action from the racecourse to fans at home – and more people than ever are watching.

ITV posted record audiences for every day of the Cheltenham Festival, with an average audience of 1.14m across the week (23% increase on 2020), capped by a peak of 1.9m watching the WellChild Gold Cup, while it registered an audience of 8.8 million for the 2021 Randox Grand National, and record figures for the opening day’s racing from Aintree and the Opening Show.

The TV audience at Aintree was bolstered by more than 3m video streams for the three-day fixture, generated via RMG’s Watch & Bet service. This is more than double the number of streams that the previous staging of the festival produced in 2019.

The media rights company, responsible for the interests of 34 racecourse-shareholders, including Aintree and Cheltenham, also reported that there were 345,000 streams of the Randox Grand National itself, nearly double the 2019 running. The streaming figures reinforce the recent news that the Randox Grand National was Britain’s biggest ever online sports betting event.

The appetite for the festival was bolstered by the international coverage which RMG generated. More than 25 broadcasters took live coverage while more than 30 outlets covered the race for their news bulletins. CNN International, which reaches over 370 million households, covered the race for World Sport programmes, while the likes of Fox News (US), CGTN (China and International), Globo (Brazil), Sky News Arabia and Channel 10 (Australia) also offered the fixture valuable airtime.

The Aintree festival contributed to RMG’s subscription channel, Racing TV, breaking through the 65,000-membership barrier for the first time, while its website, www.racingtv.com attracted 3.3m page views, up more than 50% against 2019.

The streaming numbers for Aintree come on the back of an even more successful Cheltenham Festival, where video streams for the four days totalled more than 6.5m, 60% up on 2020 – the highest number ever seen for a racing fixture.

Martin Stevenson, CEO of Racecourse Media Group, said: “The last few weeks have been a watershed period for the sport, headlined by Rachael Blackmore’s brilliant win in the Randox Grand National and it represents RMG’s highest performing period in terms of audiences.

“While lockdown restrictions will undoubtedly have contributed to the growth, it emphasises how important our first-rate television production and presentation is, and how important our digital platforms are, given how betting and the consumption of racing is transitioning more and more to online.”