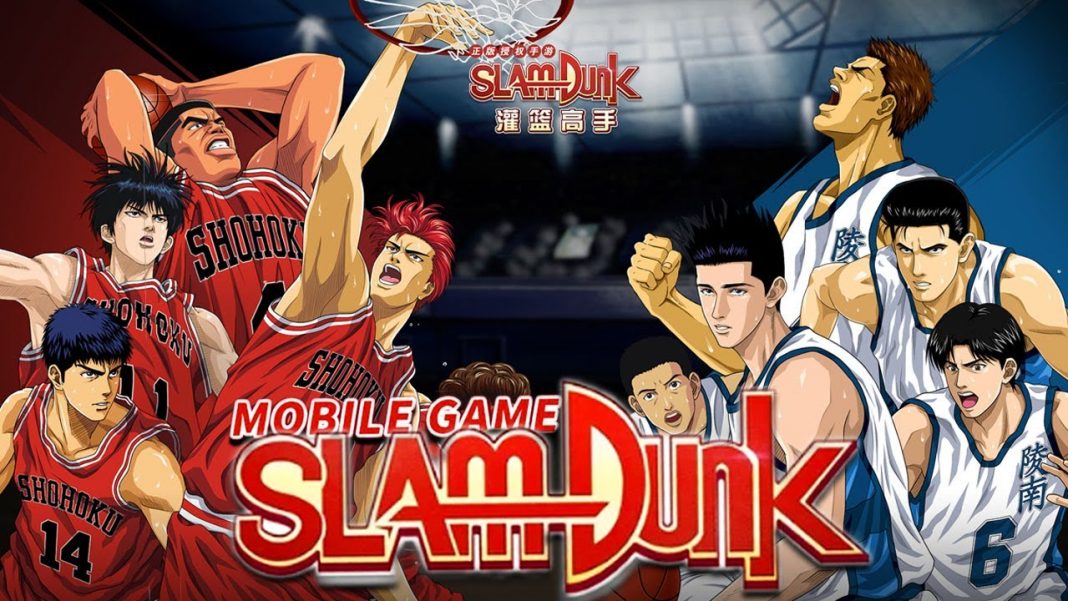 Just in time for the highly anticipated arrival of SLAM DUNK the movie, which sent fans into a frenzy when it was announced on social media by creator Inoue Takehiko earlier this year, the SLAM DUNK app is based on the 1990’s iconic Japanese manga, which recently celebrated its 30th anniversary.

The series has been beautifully remastered to create an incredibly immersive mobile gaming experience, whilst maintaining the stylistic references and much-loved characters from the original manga, that many fans came to know and love. The game explores the life of Hanamichi Sakuragi and his journey from an outsider at a new school, to discovering his love and passion of basketball and achieving his dream of entering the National Championship.

Featuring single player as well as competitor modes, including 2V2 and 3V3, SLAM DUNK is the perfect game for playing alone, or with friends and family. Single player mode offers gamers the chance to improve their skills with personal training, helpful for getting to grips with the court, whilst multiplayer mode enables users to tackle opponents and easily track player rankings.

With smooth graphics and the authentic style of the original magna, SLAM DUNK lets gamers choose from a wide selection of original characters, ignite their passion for basketball, and enjoy battling with friends, anywhere and anytime, as they move through the ranks on-court whilst showing off skills synonymous with the original anime, such as “Solid Defence” and “Gorilla Dunk”.

Peter Gauden, Head of WEU EcoSystem Marketing at Huawei CBG commented: “We are committed to bringing the biggest, most iconic apps and services to AppGallery to our 42 million monthly users across Europe. With mobile gaming becoming increasingly popular, SLAM DUNK offers a classic, yet remastered experience that will help awaken childhood memories and offer an escape from the everyday, courtesy of the world’s best-selling basketball anime series.”

Frank Zhang, CEO of ForShow Games added: “We’re thrilled that SLAM DUNK will now be more widely available thanks to AppGallery, offering more of the original manga’s fans the chance to re-embrace the basketball classic. With such a huge user base, AppGallery is the perfect partner for helping gamers try a new gaming challenge and become a basketball legend.”

Available in more than 170 countries and regions, AppGallery is one of the top three app marketplaces in the world: an app store where users can easily and securely discover, find and download thousands of apps, like SLAM DUNK by ForShow Games, who developed the app alongside globally renowned game distributor, DeNA. Continuously growing the range of top apps and services available to users, year-on-year, global AppGallery downloads grew by 83% in 2020, firmly cementing its status as a staple part of Huawei users’ digital lifestyle.

For more information on AppGallery, please visit: https://consumer.huawei.com/en/mobileservices/appgallery/ and to download SLAM DUNK go to: https://appgallery.huawei.com/#/app/C103509119 or see AppGallery on any Huawei device.