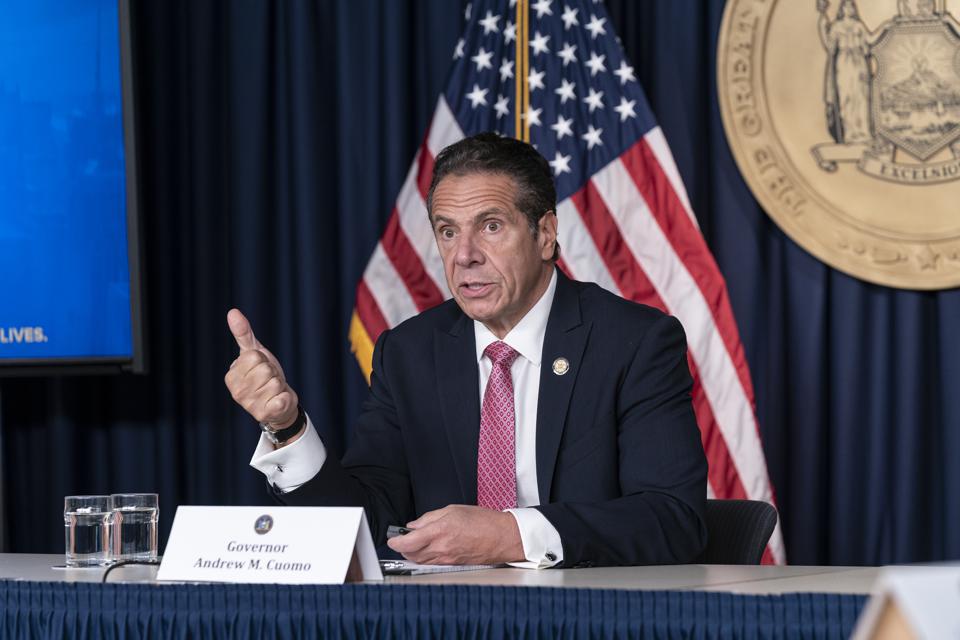 New York could become the largest legal sports-betting market in the United States, capable of generating $20 billion a year in wagers, if Gov. Andrew Cuomo makes good on his proposal to make online sports betting legal in the state, according to projections by PlayNY, which offers news and analysis of the New York gaming market. But the state could fall short of that potential if mobile sports betting is run as a monopoly through the New York State Gaming Commission.

“There is no question that New York would almost immediately become the crown jewel of the legal U.S. sports betting market,” said Dustin Gouker, lead analyst for PlayNY.com. “The devil is always in the details, but opening a market that could be worth more than $20 billion a year in bets could be a game-changing moment for the entire industry. On the other hand, a state monopoly, such as what Gov. Cuomo proposed, would be a mistake that could forever limit the ceiling for New York.”

With an open market such as New Jersey, New York has the potential to generate more than $1 billion of gross gaming revenue annually on more than $20 billion in bets, according to PlayNY projections. Though the tax structure is yet to be decided, if taxed identically to retail sportsbooks, that would produce more than $100 million in tax revenue annually.

The Empire State has already proven to be a significant revenue generator for New Jersey. A report from gaming researcher Eilers & Krejcik Gaming in February 2020 estimated New Yorkers wagered $837 million in New Jersey in 2019.

“Mobile sports betting will undoubtedly draw billions in bets in New York, and is easily one of the most prized markets that have yet to legalize it,” said Eric Ramsey, analyst for PlayNY.com. “It will be a big market no matter what, but the Cuomo plan has a chance to significantly lower the potential revenue ceiling.”

Several states have structured their online sports betting operations as a state-run monopoly. States such as New Hampshire, which contracted DraftKings to operate the state’s online sportsbook, have contracted major sports betting brands with positive results. Others, such as Montana, Oregon, and Rhode Island, operate online sports betting exclusively themselves. Generally, that results in suppressing a state’s handle by an average of 50% of the market’s potential, according to PlayNY research.

A state-run sportsbook allows the state to capture more of the gross gaming revenue, which makes it appealing to state governments. But a monopoly would do little to aid struggling racetracks and retail casinos in New York. And bettors are left with fewer choices and less enticing promotions, among other issues.

“The intent for New York and other states is to produce revenue for the state, and a state-run monopoly can do that very thing,” Ramsey said. “But bettors ultimately suffer and tend to engage less than in states that are open markets, artificially reducing the size of the market. It’s a balance that New York will have to grapple with as the state figures out how to structure mobile sports betting.”