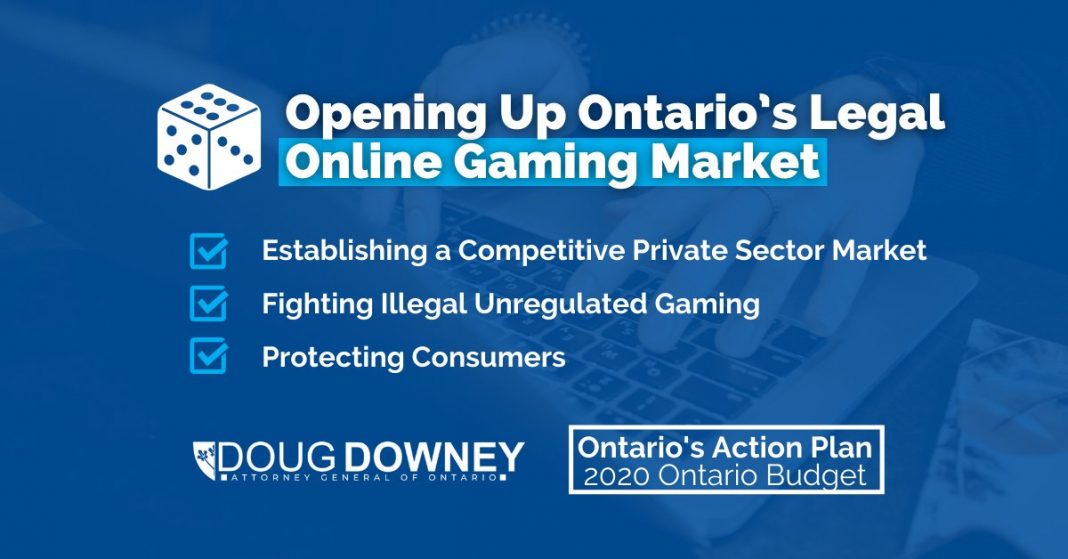 The Ontario Provincial Budget was released and specific to the gaming sector, Ontario announced the next steps in moving the regulatory model forward for iGaming.

Included in the budget package is legislation that will transfer Conduct & Manage Authority for iGaming from OLG to the AGCO. Below is the paragraph from the budget:
Establishing a Market for Internet Gaming (iGaming) in Ontario

In the 2019 Budget, the government stated its intention to establish an online market for internet gaming (iGaming) in Ontario that is both competitive and protects consumers. In continuing to work towards this goal, the Province is introducing legislation to give the Alcohol and Gaming Commission of Ontario (AGCO) authority to conduct and manage iGaming, in addition to having the role of the regulator.

If the proposed legislation is passed, a dedicated subsidiary under the AGCO would be established as the conduct and manage entity to manage the relationship between the government and private iGaming operators.

The Province and the AGCO intend to continue consulting with key stakeholders on the design of the iGaming market to reflect consumer preferences and foster an exciting gaming experience, while ensuring that appropriate responsible gaming protections are in place. These engagements will include a number of diverse topics, including approaches for revenue collection, data and gaming system requirements, the licensing and registration approach, product offerings and marketing considerations.

Today the CGA issued a news release to applaud the Government of Ontario’s decision to move forward with legislation to make internet gambling (iGaming) a reality in this province and to ensure that the people of Ontario have access to safe and legal gambling options online. You can read the full copy here.

On Tuesday November 4, 2020, Bill C-218, the Safe and Regulated Sports Betting Act, had its first opportunity to be debated in the House of Commons.

Having been first introduced in February 2020, the Bill had not been debated due to the suspension of regular House business during the pandemic, which was then followed by the prorogation of parliament in the late summer.

Bill C-218 was restored to its previous position on the House of Commons Order Paper once the House resumed regular business in October.

On Tuesday, five Members of Parliament (MP) spoke in favour of the Bill. The Bill enjoys wide support from MP’s of all parties: Conservative, Liberal, NDP and the Bloc Québecois.

Kevin Waugh, a Conservative MP from Saskatchewan and the sponsor of Bill C-218, led off the debate. He was followed by:

Brian Masse, an NDP MP from Windsor who sponsored previous Bills on single-event wagering.
Rhéal Fortin, a Bloc Québecois MP, led his party’s support for the Bill.
Bob Bratina, a Liberal MP from Hamilton, was the lone speaker from the government side.
Tony Baldinelli, a Conservative MP from Niagara Falls and Special Advisory to Conservative Leader Erin O’Toole for Tourism Recovery, rounded out the hour of debate by speaking to the need for the Bill to pass to assist the gaming and hospitality industries to recover from the impact of the pandemic.

Link to the speeches: https://www.ourcommons.ca/DocumentViewer/en/43-2/house/sitting-25/hansard

When it all slots together, Rabbit Entertainment is the first Virtual Slots Website to be certified as compliant with the new German regulations

Q&A With a BTC Whale on BitcoinTalk